Actor Jaden Smith wants an extraordinary birthday gift this year: He’s asking his parents for emancipation for his 15th birthday in July. 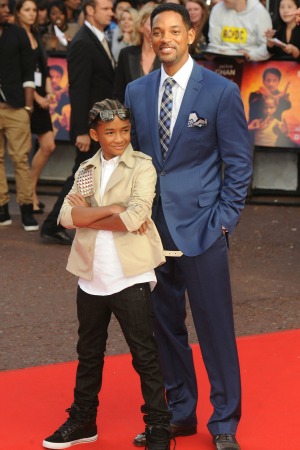 What did you get for your 15th birthday? Well, if you are Jaden Smith, you are looking for emancipation. That’s exactly what his dad, Will Smith, revealed in a recent interview with The Sun.

The younger Smith’s birthday isn’t until July, but he has already let his parents know what is on his wish list this year. The elder Smith revealed how the conversation went down.

Will said in The Sun interview, “He says, ‘Dad, I want to be emancipated.’ I know if we do this, he can be an emancipated minor, because he really wants to have his own place, like ooh. That’s the backlash. On the other side, if kids just want to have command of their lives, I understand.”

After Earth: Will and Jaden Smith survive together >>

Would you let your 15-year-old have their own freedom and house? It’s a tough call since Jaden has been working since he first appeared on TV as Reggie on the series All of Us back in 2003 when he was five years old. The series was created by his dad and his mom, Jada Pinkett Smith.

Jaden’s best friend also happens to be a pop megastar who has been getting in a lot of trouble lately. The almost-15-year-old calls Justin Bieber his BFF.

However, it seems like Will is rather open to the idea, as he understands how Jaden feels living in the shadow of his dad. In fact, their new movie, After Earth, reflects a similar struggle of trying to be grown up while still being seen as a kid.

He told the U.K. outlet, “It’s very similar for Jaden and me — your father’s the biggest movie star in the world, and you’re struggling for your little piece of dignity in this extreme shadow.”

Smith’s parenting style might seen a bit unorthodox, but the family has discussed their beliefs publicly before. When an issue comes up, the Smith family’s approach is have a lot of parent-child talks.

“We generally don’t believe in punishment. From the time Jaden was five or six we would sit him down, and all he has to do is be able to explain why what he did was the right thing for his life,” said the 44-year-old action star.

He continued, “Well, the rule in our house is you can do anything that you want and we don’t pull the parent card until danger is involved. So we are not going to let you do something that injures yourself or will have long-term repercussions.”

There has been no confirmation if The Karate Kid actor will be granted his birthday wish, but he still needs his parents’ permission to go through with it.

After Earth opens in theaters on May 31.