If Angelina Jolie’s goal in going public about her double mastectomy was to inspire other women, she’s already a success. On the heels of the star’s announcement, CNN anchor Zoraida Sambolin has also gone public with her breast cancer battle. 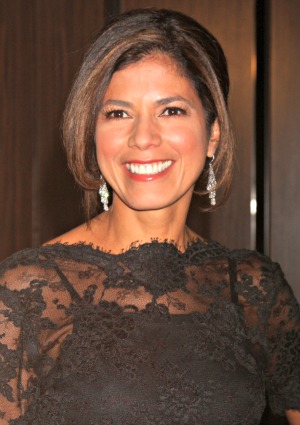 Tuesday morning Sambolin revealed she was diagnosed with the disease “about three weeks ago,” and has since worried about not only how to tell her two children the news, but her regular viewers as well.

“Angelina Jolie’s story really hit home,” the amazingly dry-eyed anchor explained, adding that she doesn’t know if she has the same BRCA1 gene that made the mother of six’s odds of getting the disease so high.

Diagnosed with breast cancer: Now what? >>

On May 28, the host of Early Start on CNN will have a double mastectomy, just as Angelina Jolie did in mid-February.

Despite battling some feelings about having to let go of her attachment to her breasts as parts of her femininity and sexuality, the 47-year-old said, “At the end of the day, I’m going to cut off my arms if it means I’m going to live to see [my kids] and to see them grow up.”

How to support someone fighting breast cancer >>

Taking to her Facebook page, Sambolin shared the following message with fans:

“I struggled for weeks trying to figure out how tell you that I had been diagnosed with breast cancer and was leaving to have surgery then. Angelina Jolie shares her story of a double mastectomy and gives me strength and an opening. #bravewoman”

Watch CNN anchor Zoraida Sambolin’s breast cancer reveal below to find out the one question she had about double mastectomy surgery that Google couldn’t answer, and how her kids reacted to the news.

Please join in sending well wishes to Sambolin by leaving a comment below!