Comedian Billy Crystal is headed back to Broadway for a nine-week farewell run of his Tony Award-winning show 700 Sundays. 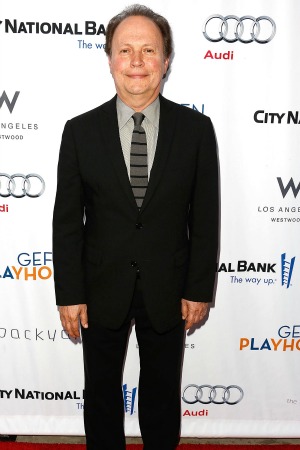 Billy Crystal is headed back to Broadway in what will be a farewell engagement for his 2005 Tony Award-winning show. 700 Sundays will begin a nine-week run with previews on Tuesday, Nov. 5.

The play, which is written and performed by Crystal, chronicles the actor’s life in Long Island before his father passed away when Crystal was 15 years old. The title of the show references the number of Sundays his dad was alive during Crystal’s life.

The curtain is closing on Alec Baldwin’s Broadway show >>

In a press release on Tuesday, Crystal shared his thoughts about the play.

He said, “When we originally opened on Broadway, all I knew was that I had a story that I was compelled to share. Now that I’ve performed my play across the country and internationally, I’m gratified to know that the love of family, through joy and pain, is perhaps the most universal story.”

He continued, “I’ve now decided to tell this story one last time in my own backyard, where it all took place. It is a privilege to return to Broadway to say goodbye to one of the greatest thrills of my life.”

The show ran for 163 performances during its initial run at the Broadhurst Theater back in 2004. At the time, it set a record for the highest weekly grossing non-musical on Broadway. The Tony Award that the comedian took home in 2005 was in the special theatrical event category.

This time around, the one-man show will play at the Imperial Theater. Opening night is scheduled for Nov. 13. Audiences will have until Jan. 5 to see the show.