Beyoncé canceled a concert in Belgium on Tuesday due to “exhaustion and dehydration.” Does that signal that the pregnancy rumors are true? 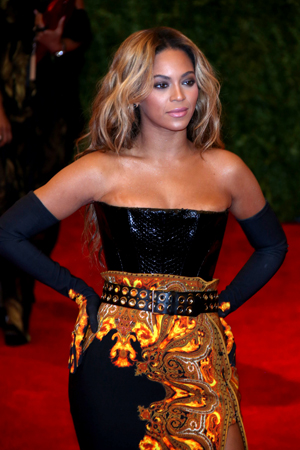 It’s the rumor that just won’t die: Is Beyoncé pregnant?

Queen B’s mom says no, but some are seriously questioning the status of her womb after she canceled a scheduled Tuesday night show in Belgium.

The mom of 1-year-old Blue Ivy Carter pulled the plug on the show because she’s suffering from “dehydration and exhaustion” — aka, the excuse celebrities give when they’re trying to hide something else.

But, do we really know? The New York Post‘s Page Six cited “multiple sources” on Monday that claimed Beyoncé wore a high-waisted Givenchy gown to the 2013 Met Gala to hide her growing belly.

Then, “pals” told Us Weekly that Beyoncé is totally not pregnant.

“I know another kid is in the future, but it wouldn’t make sense for her right now while on tour,” said another source.

Which side should we believe?

We’ll wait to pass judgment until we hear it directly from Beyoncé and Jay-Z — and both apparently want more kids.

“I would like more children. I think my daughter needs company,” she said recently on Good Morning America, adding that she loves being a big sister to Solange Knowles, 26.

“It warms my heart to see how he interacts with his daughter,” Gloria told Us Weekly over the weekend “And when she says, ‘Papa,’ he just melts. He’s a great dad.”

For now, Beyoncé is just focusing on getting better so she can perform in Belgium on Wednesday.

“She is awaiting word from her doctors before making a decision,” her rep said.