At the end of eight long, hysterical seasons, HIMYM viewers finally met her: The mother. (But Ted didn’t!) 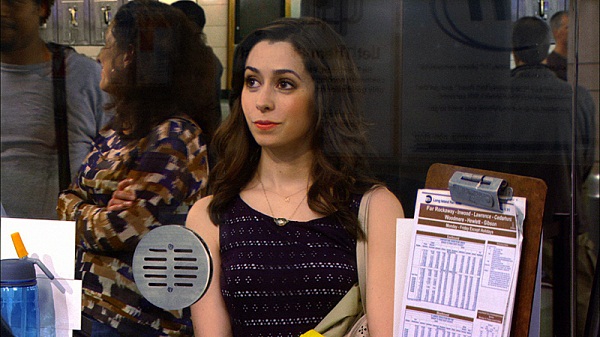 How I Met Your Mother fans have stuck with Ted Mosby and his friends through a lot. Annoying girlfriends, crazy girlfriends, almost girlfriends and best-friend girlfriends. None of them, though, were the illustrious “mother” we’ve spent eight years waiting to meet. Mr. Mosby is, without a doubt, the best storyteller in the history of the planet. Who else could get his kids (and a nation of fans) to sit through so many stories?

On the Season 8 finale, though, we finally met her. Or, well, we saw her. “Meet” might be a little too brazen. We only saw her yellow umbrella (again) and then her face (finally) as she ordered a ticket to Farhampton, the locale for Robin and Barney’s wedding.

The mother? She’s played by the adorable, fresh-faced Cristin Milioti. If she looks familiar, it’s not just because fans have spotted her umbrella a few dozen times before. Milioti has a long list of credits to her name. She was even nominated for a Tony for her work on the stage production of Once. On television, she once caused a stir when she played opposite Tina Fey on 30 Rock, but that’s only a drop in the bucket of her qualifications.

Earlier episodes suggest that the girl with the yellow umbrella would be in the band playing for Robin’s wedding, and that seems to hold true. She’s carrying a guitar case as she purchases her ticket to Farhampton. Presumably, that means Robin (Ted’s ex-girlfriend) has met her. So far, though, she appears to be the only one!

Check out this clip of Milioti making her rather simple debut.

Totally worth the wait, right? Now, we just have to get through the summer to see how it all pans out. If we fans band together, we can make it!