Singing superstar Carrie Underwood loves her fans, but being famous is something else again. She opens up to Marie Claire about her former propensity toward panic. 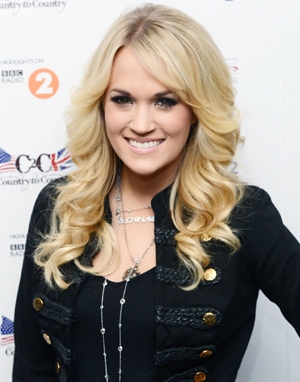 Carrie Underwood is happy that you love her music, but could you calm down a little?

The country superstar is on the cover of Marie Claire’s May issue, and she told the magazine that the public response to her presence used to really freak her out.

“At the beginning of my career, I used to have panic attacks,” the star told Marie Claire.

She never anticipated fame would be accompanied by such frenetic energy.

“People were touching me, screaming — it made me really nervous,” she said. “In public, I just get nervous. It’s a physical reaction, feeling like the walls are closing in.”

So you’ll forgive her if she isn’t entirely at ease signing autographs, even now.

“The fans are great. It’s not their fault. I don’t ever want to come across as ungrateful. But on my end, it is hard for me to process. Because I am still just me,” she said.

She isn’t a very huggy person as it is: “I’m not a mushy person at all. We were never a huggy family. Or a ‘let’s talk it out’ family.”

Underwood married her hot, hunky, hockey-playing husband Mike Fisher in 2010; the two recently got closer after Fisher was traded to the Nashville Predators and now Fisher and Underwood can spend more time together in the country music capital. Underwood told People her marriage was sweet and sexy, and that she sees a family in her future. But maybe not super-soon.

“I don’t feel old enough to have kids,” said the 30-year-old singer. “I know I am mature. But being responsible for another human?”