Angelina Jolie lost her mother to ovarian cancer before she even met all of her grandchildren. Determined not to follow in her mother’s path, Jolie undergoes a drastic operation. 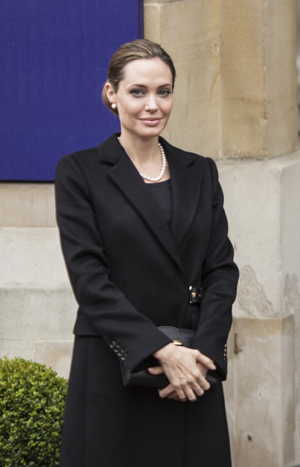 Angelina Jolie‘s famous figure is a little more famous today, as the actress announces a big decision: She underwent a double mastectomy to reduce her risk of breast cancer.

“My mother fought cancer for almost a decade and died at 56,” she writes about Marcheline Bertrand in a New York Times editorial that could wring tears from a stone. “We often speak of ‘Mommy’s mommy,’ and I find myself trying to explain the illness that took her away from us.”

Naturally, the kids then ask if Jolie will also get sick and die. No, don’t worry, kids: Mommy’s going to stay with you for a long, long time, Jolie tells her kids, as every mom does.

Angelina Jolie back on the red carpet >>

But unlike most moms, Jolie writes, she carries a worrisome gene: BRCA1 vastly increases the risk of developing breast and ovarian cancer.

Her choice? A preventative double mastectomy.

She describes the process in her New York Times op-ed piece, noting that she had her breast tissue removed and the breast reconstructed a few months later: “There have been many advances in this procedure in the last few years, and the results can be beautiful.”

She was left with “small scars and that’s it. Everything else is just Mommy, the same as she always was.”

And her risk of breast cancer has now dropped to under 5 percent: “I can tell my children that they don’t need to fear they will lose me to breast cancer.”

And on an intimate note: “I do not feel any less of a woman. I feel empowered that I made a strong choice that in no way diminishes my femininity.”

Jolie notes that breast cancer kills almost half a million men and women yearly, and that gene-testing is expensive, more than $3,000 in the United States, for instance. But she hopes by sharing her story that women will understand they have options, and that the options are not all horrible: “Life comes with many challenges. The ones that should not scare us are the ones we can take on and take control of.”