Mark Ruffalo has dealt with a lot of adversity in just a few years, but it has made him realize family is where he wants to be. 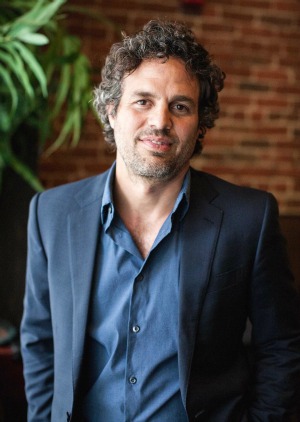 It seems like Mark Ruffalo has been appearing in our favorite movies forever. But not so long ago, he was just a regular person. When he was just getting started in the world of acting, Ruffalo bought a property in upstate New York, a cabin that became his sanctuary.

Since then, he has become a familiar face in blockbuster movies and has starred opposite stars like Reese Witherspoon, Jake Gyllenhaal and Jennifer Garner (not to mention his part in one of the biggest movies of all time, The Avengers). But it was just after he won the part that would become his big break (The Last Castle) that his life turned upside down.

“It was big-time,” Ruffalo told Men’s Journal. “There I was with one of my heroes, Robert Redford, doing this walk-and-talk. I’m like, ‘What the f*** am I doing here? This is my wildest dream come true! And then I found out I had my brain tumor.'”

Ruffalo kept the secret to himself because his wife was about to give birth to their first child.

The actor waited until his son was a week old before he told anyone and then went in for surgery.

“I was certain I was going to die,” he told the magazine.

Ruffalo made a full recovery but was again hit with tragedy in 2008 when his little brother Scott was murdered.

“[Scott] Ruffalo was a popular hairdresser in Beverly Hills,” said Josh Eells with Men’s Journal. “A toxicology report found trace amounts of cocaine and morphine in his system. But police determined that he had been shot, as news reports put it, ‘execution style.'”

Scott Ruffalo’s death is still considered unsolved, but it caused Mark Ruffalo to take a part that reminded him of his brother: the film The Kids Are All Right.

“His charm, his spirit, his sense of humor, his daring. How great he was with women. How he sort of devoured life,” he told Eells. “I’m only capturing a tiny glimpse of him. But I think it ended up honoring him in a really nice way. He’s a beautiful guy.”

The Ruffalo family now spends the majority of their time near the upstate cabin Ruffalo first bought years ago (they have since upgraded, even though they stayed in the same area). He told Eells the move away from Hollywood allowed him to stop “basically taking every job that came along in order to support their L.A. lifestyle” and he is now focused on spending more time with his family.

Ruffalo’s Men’s Journal interview will be out in June. He is currently working on a few projects, but will likely be reprising his role in The Avengers 2, due out in 2015.