The medical and entertainment communities are mourning the loss of Dr. Joyce Brothers. It’s been confirmed that the psychologist has died at the age of 85. 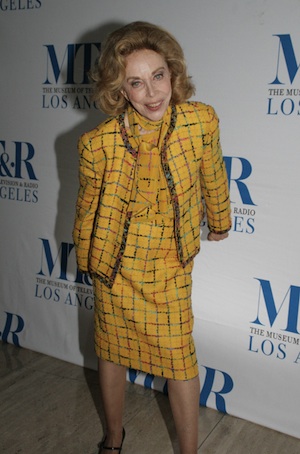 Dr. Joyce Brothers (born Bauer) is no longer with us. The psychologist, who made an imprint on pop culture, died Monday in New York City. She was 85 years old and had a career most people dream of.

According to USA Today, her publicist Sanford Brokaw broke the news. Brothers died after a battle with a long illness. Other than that, no specific cause was revealed. Most people were introduced to Brothers when she appeared on The $64,000 Question game show in 1955.

After winning, she went on to become a staple on TV and radio. She was a go-to authority on countless topics, but specifically relationships. After getting her own radio show, which hit syndication, she became a phenomenon.

Brothers also worked as a columnist for Good Housekeeping magazine for nearly four decades. Plus, she wrote another advice column that appeared daily in over 350 newspapers. When she wasn’t doing that, she played herself (or a version of herself) on scripted television.

Over the years she starred on shows such as The Simpsons, Melrose Place, Married with Children, Saturday Night Live, Entourage and Moonlighting. Somehow she found time to write 15 books and guest on The Tonight Show almost 100 times.

Brothers was a testament to what a good work ethic and a desire to help others can do. She’s survived by her sister Elaine Goldsmith, daughter Lisa Brothers Arbisser, four grandchildren and two great-grandchildren. Her husband, Milton Brothers, died in 1989 of cancer.

Were you a fan of Dr. Joyce Brothers’ work?