The New Normal is no more. It wasn’t renewed for Season 2, leaving fans in limbo. Star Justin Bartha recently spoke out about NBC’s decision to can the show. 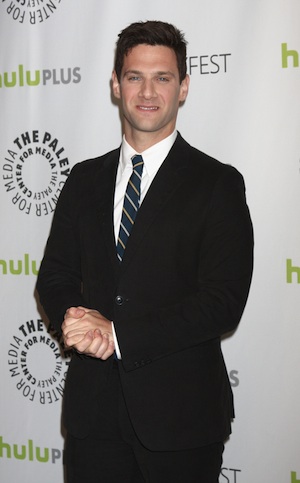 Last week, NBC officially canceled one of its most talked-about shows: Ryan Murphy‘s The New Normal. It was a revolutionary comedy that centered on a same-sex couple, their surrogate and her family.

The New Normal review: Anything but average >>

The series starred Justin Bartha, Andrew Rannells, Georgia King, Bebe Wood, NeNe Leakes and Ellen Barkin. Bartha played one half of the main couple and was very invested in the show’s success. After hearing the news, he spoke with The Huffington Post about the decision.

“It’s kind of bittersweet… Well, I wouldn’t call it bittersweet, but I have mixed feelings because I do think that I wasn’t necessarily expecting it to get picked up, but I do think that we accomplished quite a bit in one season,” he explained.

“When we started the show, we had a very specific conversation that our goal was to portray a homosexual couple in a realistic matter on network television, and I think we achieved that goal.”

The actor doesn’t want you to be too hard on NBC. Bartha gives them credit for even giving them a chance.

“The NBC executives get a lot of critique from the press, but they should be applauded for putting us on the air in the first place, because we still have a long way to go with equality in this country and around the world,” Bartha said.

“Just read the comment section on your website and you’ll see people spewing hateful language and hateful words about all types of people. So we already know that we have a long way to go for that and I’m not saying that The New Normal was a lightning bolt to the cause, but I do think it was a drop in the bucket and I’m proud to be a part of it.”

Bartha may be gone from TV, but not theaters. He returns to the big screen May 24, when he reprises his role as Doug in The Hangover Part III.