Spoiler alert: This article pertains directly to Mad Men‘s Season 6 Episode 7, “Man with a Plan.” Seriously, if you haven’t watched the episode and want it to remain unspoiled until you do: Do. Not. Read. 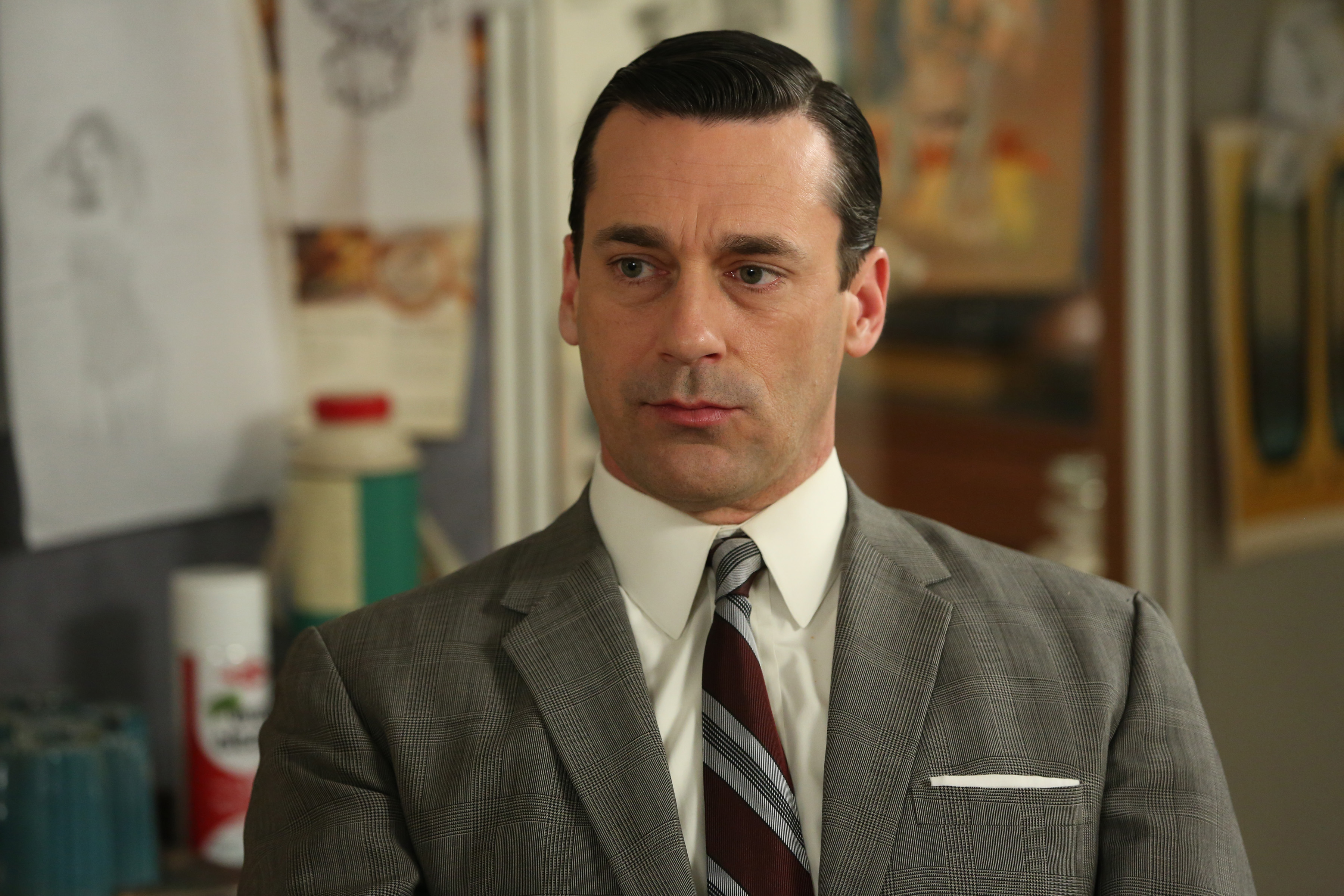 Remember the old Don? The Don that didn’t suck at his job. The conniving Don. The Don that bought hookers and had them slap his face. That Don. He’s on his way back, ladies and gentlemen.

Don’s day began with his elevator opening on Sylvia’s floor so he could hear she and her husband going at it in one seriously splendid fight. Despite any moral compass he might have buried somewhere deep in his body, he held open the elevator and relished in the entire spat. He left only when he knew he husband was finally on his way out the door.

Of course they met at a hotel

What she thought would be a quick romp turned into a quasi-kidnapping situation when he demanded she stay in bed while he went back to work. And she did. Because she’s Sylvia. And, let’s face it, how she landed a lover like Don surprises even her. She’ll do anything to keep him happy… at least for a while. Though she won’t crawl across the floor to retrieve his shoes as he requested, she will sink to her knees to slip them on his feet.

Describe your love life: Are you a Draper? >>

Back at the office, however, Don earned a lashing from Ted. He’s not used to constantly living in the shadow of Don Draper’s confidence, nor is he a leader who finds it acceptable to arrive to a meeting 40 minutes late. In Don’s office, Ted’s loosened up with alcohol. He rarely drinks and just can’t hold his liquor like Don. Within a few minutes, though, Don’s dropped his newest ad on Ted and was out the door, leaving a very drunken Ted in a room full of creatives.

One pretty new red dress for Sylvia turned into one crumpled mess on the floor after he demanded she strip back out of it. 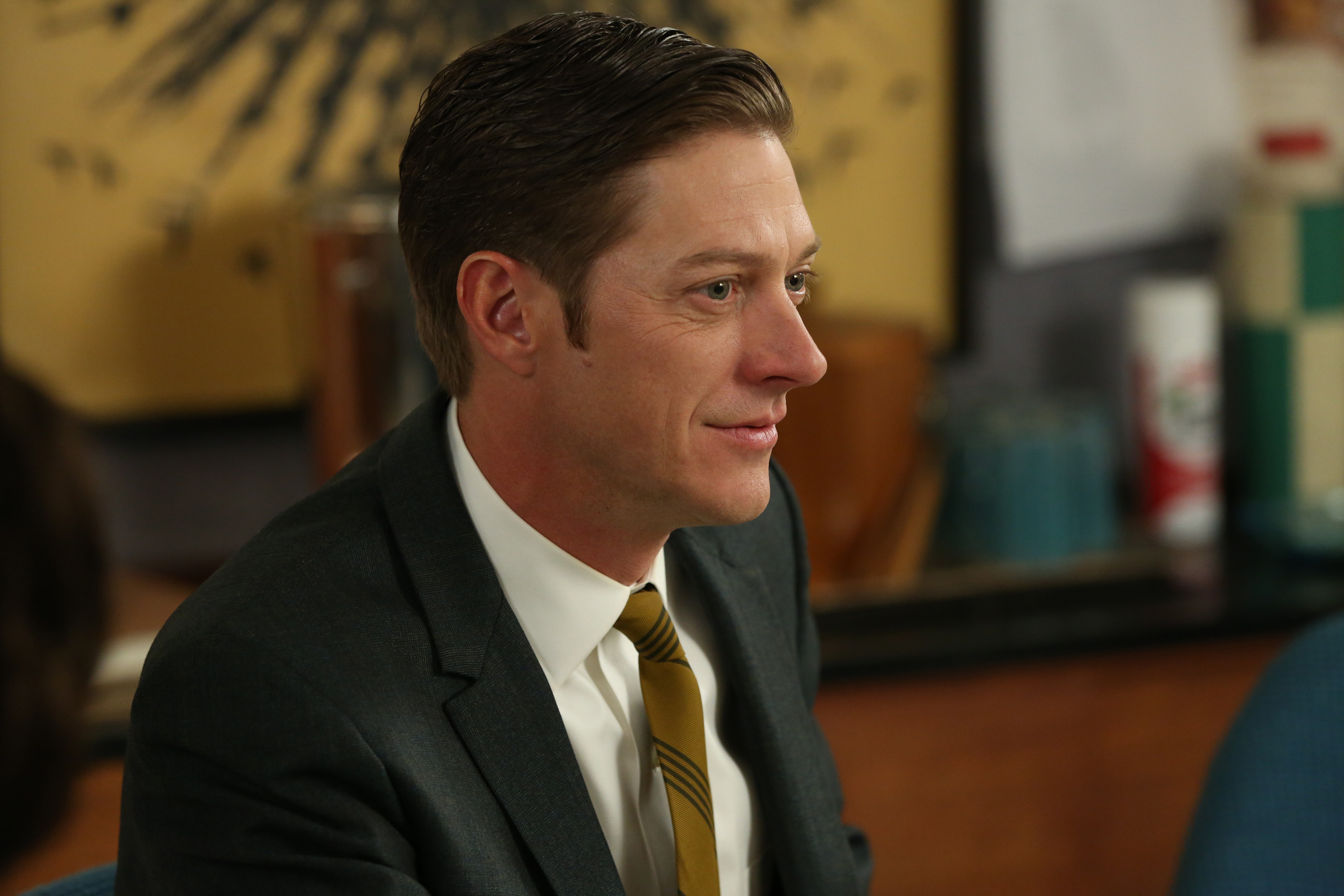 Don may have gotten the upper hand at first, but the next day Ted found a place where he has the confidence and the right moves and Don was just a sick, squirming wreck: an airplane. Ted’s a pilot. When they took off to talk shop with Mohawk, Ted proved to be the man in control. Ted knew it and so did Don, who told his pilot, “No matter what I say, you’re the guy who flew us up here on your own plane.” Ted led the Mohawk meeting and Don found himself nothing more than a passenger.

Back at the hotel, Don seeks control over something, anything: Sylvia. He may have convinced her to strip out of her new red dress and she may have waited all afternoon in the hotel room without her book, but she’s done waiting. You know, maybe her marriage isn’t so bad after all. Personally, I think that was his plan all along. Don doesn’t necessarily like to steal unhappy women from their husbands. He just likes to spice things up in relatively dull marriages. He seems jilted when it looks like things are over for good, but it was definitely his intention to cool things off.

And, speaking of controlling your women, Pete is having a hard time keeping his mother in line. She keeps mixing up him and his brother (and their wives) and is oftentimes convinced his father is still alive and cheating on her. When she shows up at his apartment, she creates even more stress than he was already facing. Later, when he thinks she’s set his apartment on fire, she costs him the Mohawk meeting.

Oh, and something’s going on with Joan (Christina Hendricks). She ended up escorted to the hospital by one of the new guys. Later, she said it was a cyst. But could it be something more serious? It’s rather disconcerting.

Could things get any worse? Probably. As we now know, the big account that caused the merger is for Chevy’s lemon, the Vega. When those malfunctions hit the fan, things can only get more tense. Hold onto your skirts, ladies, it’s gonna be a bumpy ride. The good news, though, is that Don’s swagger when he showed up tardy and his ability to (at first) manipulate Sylvia proves the old Don is on his way back. Whatever happens, we’ve got Don to hold our hands and get us through.

Want Mad Men news delivered to your inbox? Sign up for our newsletter! >>