Most of us remember Maya Angelou as the cool lady who wrote and read a poem at Bill Clinton’s inauguration. But those of us lucky enough to catch Bob Schieffer’s interview with her on the Mother’s Day edition of Face the Nation came to realize just how incredible Dr. Angelou is and why the world would be a better place if there were a few more of her to inspire us. Here are just a couple of reasons everyone is talking about Maya Angelou… 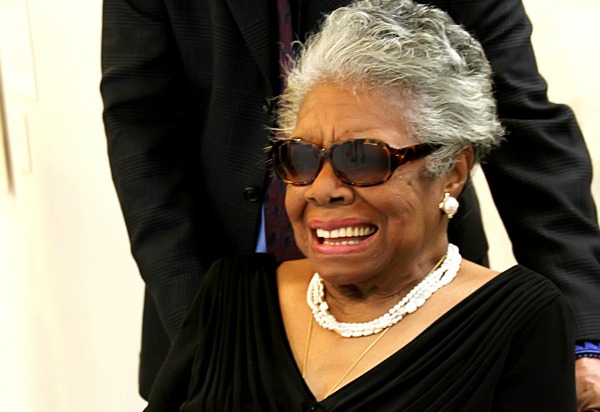 To: Grandma, From: Mom

In the Bob Schieffer interview (see below), in her trademark storyteller voice, Maya describes how her parents fell in love, or lust, or “fell in something,” but in a few years figured out they didn’t like each other. That part of the story isn’t unusual. What is unusual is that when Maya’s parents realized they didn’t like each other, they decided they didn’t want to raise their two children, Maya and her brother, who were age 3 and age 5 at the time. Maya’s parents loaded her and her brother on a train in L.A., by themselves, with a label on their arms telling train personnel where the children were to be delivered (to their grandmother in Stamps, Arkansas).

Can you imagine being shipped across the country like a box at such a vulnerable age and the Mommy and Daddy issues that may stem from that? To the contrary, Maya was on Face the Nation to promote her new book, Mom & Me & Mom, which honors her mother and grandmother.

When Maya was 7 years old, her father picked her and her brother up from their grandmother’s and delivered them to St. Louis to be with their mother. Shortly after her arrival, Maya’s mother’s boyfriend raped her. She courageously told her family, and the man spent one day in jail, but was discovered a few days later — kicked to death. Maya thought her inner voice had killed the boyfriend, and so she didn’t speak for six years. She was silent all that time, taking the blame for the death of someone who had abused her in such a horrific way.

Don’t take “no” for an answer

Maya did well enough in school to take a break from her studies while living with her mother in San Francisco. Her mother told her if she wasn’t going to school, she needed to get a job. Like most young girls, she picked a job where she thought the uniforms were “swank,” and went to apply to be a street car conductor, but was denied an application because she was a “Negro.” Her mother told her not to give up, so for three days she was spat on and ridiculed by the other girls, and when she finally had a chance to talk to the man doing the hiring, she lied about her prior experience, and got the job.

Her mother used the experience to underscore the point that with “discipline, decision, determination and intelligence, you can do anything.” With all that Dr. Angelou has accomplished, she obviously took this life lesson to heart. 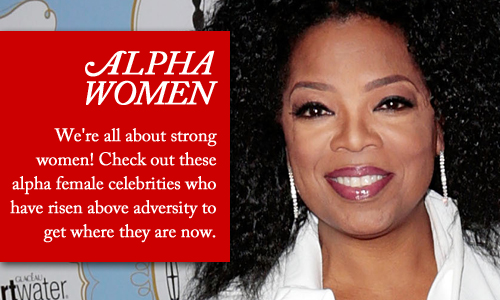 Maya Angelou’s stories of survival are incredible, but more compelling than the stories themselves is how she delivers them. If you watch the interview, when she talks about being shipped across the country, there isn’t a trace of bitterness or self-pity in her voice.

When she talks about the horror she endured at such a young age at the hands of her mother’s boyfriend, she briefly drops her head and lowers her voice in sadness, but again, there is no hatred or bitterness — she never plays the victim card.

By the end of the interview, she is laughing and in awe that she is speaking with Bob Schieffer. Wouldn’t the world be a better place if it had a few more Maya Angelous? I, for one, will be running out to buy her book today…