The results have been tabulated, and it appears that out of every other musician, the American public want Justin Timberlake as president. But which musician is their least favorite? 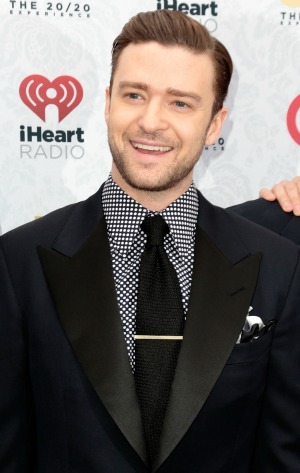 Lots of celebrities have ended up as politicians. One, Ronald Reagan, even became president of the United States. A new survey wanted to know which current celebrity could become the next important politician, and the answer is not that surprising.

The survey, conducted by Public Policy Polling, asked Americans which celebrity they would most like to see become president of the United States. According to MTV, the top answer was Justin Timberlake, with 34 percent of the vote.

Timberlake is very top-of-mind these days, with two new albums and two major tours announced, all in the same year. It seems that hardly anyone out there doesn’t like him.

Justin Timberlake on marriage: “It suits me” >>

Behind Timberlake in the poll, although not close behind, are Adele and Beyoncé. The singers received 19 and 14 percent of the vote, respectively. (Poll respondents apparently didn’t take into account the fact that Adele is British.) Taylor Swift also received a favorable rating.

Only one artist was unanimously disliked by people of all three parties: Justin Bieber. According to MTV, 54 percent of Democrats, 56 percent of Republicans and 56 percent of Independents disliked the singer. However, he wasn’t the only singer who was seen unfavorably. Chris Brown, Lady Gaga, Jay-Z and Rihanna were also disliked.

“Though, to be fair, a full 75 percent of those folks also told PPP they had never been ‘to the club,’ 77 percent rated classical music favorably and 60 percent were over the age of 45,” MTV said. “Then again, those same folks showed some pretty decent judgment: When asked by PPP if Rihanna should have rekindled her romance with Brown, 67 percent said she should not have.”

It’s possible the survey may get the wheels in Timberlake’s head spinning, since he doesn’t seem like the type to turn down a challenge. However, though the survey said JT would be the top choice for POTUS, 40 percent of those asked said his No. 1 priority should be music.