Graduation will be the last thing on everyone’s mind. A major twist concerning the cure may leave viewers craving tissues during the finale of Season 4. 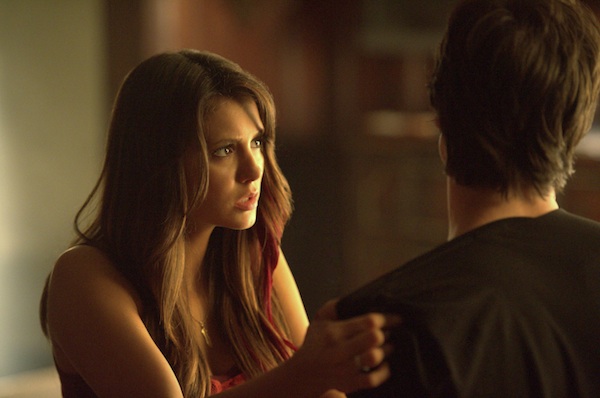 Warning: Spoilers ahead. Do not continue reading unless you want to know all the exciting tidbits about the season finale of The Vampire Diaries.

When we last saw The Vampire Diaries, Bonnie was dead. Don’t worry, though. Because the veil is down, she will still be in the episode. Well, maybe worry, because Bonnie is the only one who can restore the veil and, now that she’s dead, things aren’t looking so good. At least that means Jeremy and Alaric are back. But they’ll also be joined by a host of supernaturals and vampire hunters bent on killing and revenge. In the midst of high school graduation, no one will be focusing on their diplomas.

Here what we know:

From Kol to Katherine, Elena’s made some pretty good enemies along the way. In the season finale, even the dead ones have come back to take their revenge. Fear not, Elena (Nina Dobrev) will see Season 5. We don’t say, “live to see Season 5” because, well, she’s a vampire. Plus, with the veil down, she may not have to live to make it to the next season.

She will have an epic showdown with Katherine, however. Expect that building tension to finally break in the finale with a winner one way or another. We can’t see Katherine ever actually dying (the girl just won’t die), but maybe she will actually go away for good.

Rumors have been flying around the web that Damon’s life will be in “mortal peril.” There’s speculation that he’s the one who will be taking the cure after a werewolf bite almost kills him. Images released by The CW show Damon (Ian Somerhalder) with some sort of injury and Elena inspecting it with a worried look. (See above picture.) And so are we.

Whether Damon takes the cure or someone else does, it seems that there are going to be some serious twists and turns concerning the cure on the season finale. Not that we expected anything different given the state of the season so far.

3. Silas’ true face will be revealed

He will be played by actor Scott Parks. The show is also planning on keeping him around for future episodes, if all goes well. What that means is don’t expect a perfectly happy ending where Silas is defeated and the Salvatore brothers save the day. It will be much more complicated than that.

4. Elena will pick a brother

Executive producer Julie Plec tells Give Me My Remote that Elena will make a decision with “semi-permanence, if not permanence.” She will be settling into this relationship.

Personally, we’re keeping our fingers crossed that Elena will get the cure. Let’s face it, she isn’t a good vampire. This season has done nothing if not proven it.

What are you hoping to see from the Season 4 finale of The Vampire Diaries? Who do you think will get the cure?