If you thought pop sensation and “Gangnam Style” creator Psy came out of nowhere, you were wrong. 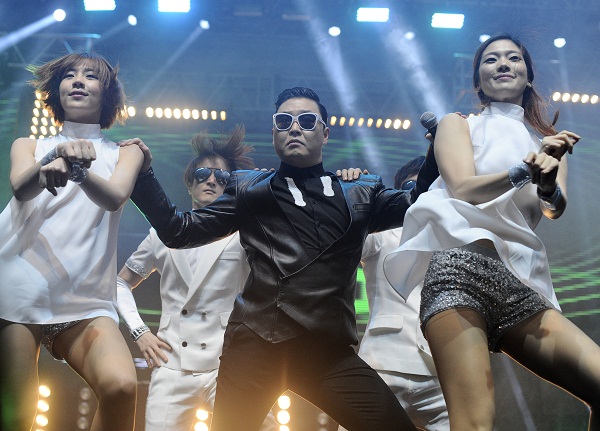 Billboard Top New Artist nominee Psy didn’t exactly start out on the path of a pop star. Born at the very end of 1977 in the Gangnam District of Seoul, South Korea, Psy was named Park Jae-sang. From an early age, Psy knew he’d take over his father’s manufacturing company. He even left South Korea and came to America in 1996 to study business at Boston University. Bored with Boston and business, Psy transferred to Berkeley’s College of Music. Soon after, he dropped out of school and returned to Korea.

All the 2013 Billboard Music Award nominees >>

The year 2000 saw Psy’s big break when he performed on Korean National Television. The performance landed him in front of tons of people and earned him the attention he craved.

By January 2001, Psy released his first full album, Psy from the Psycho World! That’s right, Americans: Psy has been around for a long, long time. His debut album actually earned him a government fine for publishing “inappropriate content.” The fine hardly fazed Psy, though. In 2002, he released his follow-up album, Sa 2, which was so graphic that the government banned anyone under 19 from buying it. Later that year, Psy released 3 Psy. The soccer World Cup was held in Seoul that year, and Psy’s song “Champion” became a quasi-theme song for the event and the nation’s team. Despite the controversy surrounding his previous albums, Psy had made a name for himself in South Korea and even won a Seoul Music Award. 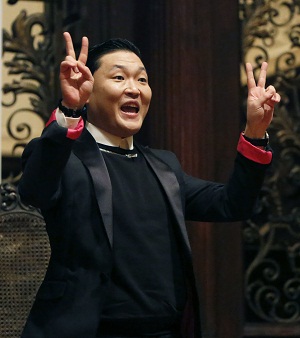 Everything changed for Psy in 2003. The outgoing and eccentric singer and dancer was automatically enlisted in the South Korean military as part of its draft program, which targets men ages 18–35. Due to having done some work with computers, Psy was released from his duties. However, when he began performing and released his fourth album, Sa Jib, before the paperwork was finished, a major lawsuit was filed, claiming he was neglecting his duty to the country. The ugly battle found Psy back in the hands of the military in 2007, and the singer/rapper was forced to spend two years in the army. He was released in 2009.

The army put a strain on Psy, and after having released four albums on his own, he knew he finally needed to join a label. In 2010, that’s exactly what the not-so-young Korean pop star did. Soon after, he released his fifth record, PsyFive. Once again, the government had major issues with Psy’s lyrics. Yet again, the people ignored the government’s protests. Psy went on to win numerous awards.

Early 2012 saw the beginning of Psy’s rise outside of South Korea. A sort of talent show featuring Psy and some label-mates landed Psy in front of a crowd of 80,000 and brought him to an international audience for the first time. His singing and dancing drew the attention of audience members and commentators alike. 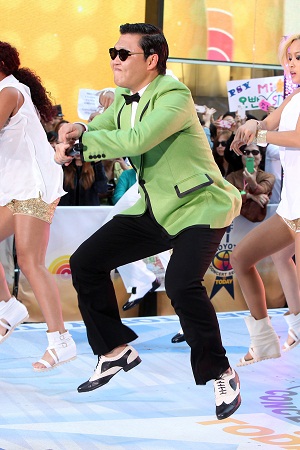 In July 2012, Psy released his sixth and current album, Psy 6 (Six Rules), Part 1, which includes his now insanely famous song “Gangnam Style.” By mid-August, the video for “Gangnam Style” was one of the most-watched videos on YouTube, and by the end of the month, the single had reached No. 1 on iTunes. By the end of 2012, Psy’s video became the first to reach 1 billion views on YouTube, having surpassed even Justin Bieber.

After some minor controversy involving anti-American rants that Psy made years before he was welcomed into our country as a superstar —and a more recent apology — things continue to look up for Psy. The follow-up to Psy 6 is slated to be released sometime this year. And despite having been around for quite a while in South Korea, Psy is up for Best New Artist in this year’s Billboard Music Awards.

What do you think? Will he take home the award?