After what seemed like a farewell finale, NBC shockingly renews Community for a fifth season! 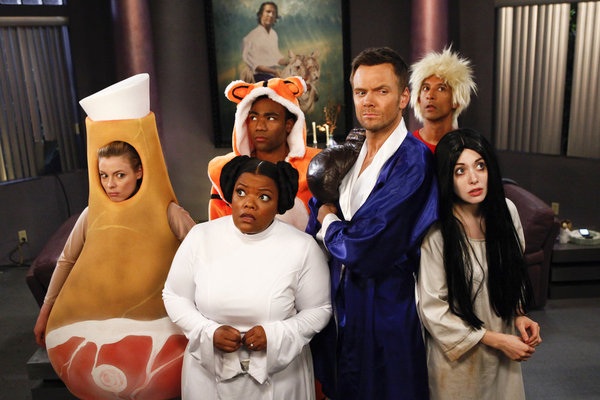 For months, there has been speculation that the little sitcom that could would be canceled — for numerous reasons. Low ratings, new writers, and the complete chaos that was Chevy Chase were only a few of the issues that plagued Community over the last season. But in a surprising twist, NBC has decided to renew the comedy for a fifth season!

Missed the finale? Here’s the recap >>

The show’s creator, Dan Harmon, left after rumors surfaced of a feud with Chevy Chase. Then Chevy Chase left the show during Season 4 production, but he did return for the finale. NBC put the sitcom on the shelf several times and aired Season 4 four months later than planned. Not to mention, the ratings weren’t much to speak of, either.

After all the drama, it comes as a shock that NBC would be so quick to renew the show. Or perhaps not, since the Season 4 finale killed it in the ratings, drawing 3.14 million viewers.

Community Season 5 is set to have 13 episodes, and hopefully NBC will have enough faith in its own decision to actually air the show on schedule this time. You can almost hear the soft chanting of excited fans in the background: “Six seasons and a movie… six seasons and a movie!”