Bad Lip Reading has made another fantastic video, this time of the hit AMC series The Walking Dead. 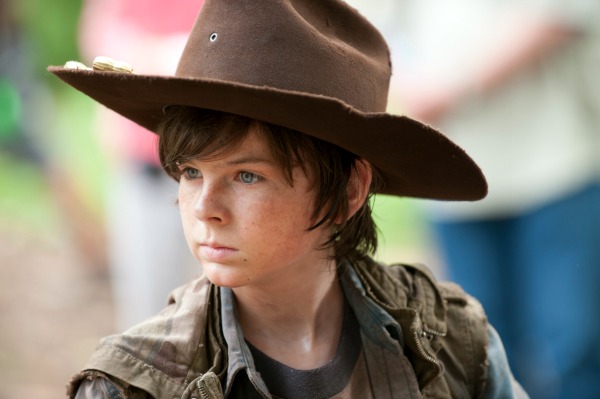 Sadly, we’re still over 3 months away from The Walking Dead Season 4 premiere, but luckily there’s a little something floating around on the internet that will help make the time go just a bit faster. The folks over at Bad Lip Reading have made another hilarious video, this time using scenes from the hit AMC zombie drama.

For those not familiar with their videos, Bad Lip Reading takes clips from popular music videos and TV shows and plays them back with voiceovers using dialogue that definitely wasn’t in the original version but totally matches what the actors’ lips are doing. I have no idea who came up with this idea originally, but the results are fantastic.

In The Walking Dead Bad Lip Reading video, you’ll hear such gems as these:

A zombie: “Hey, you know what kinds of animals I like? Sharks and skunks.”

Daryl: “I don’t want to mess up your potato basket.”

T-Dog: “You know, fish can hear you thinking just before you sneeze.”

Rick (to Shane): “You remember that costume party? You went as a penguin, and I went as a pink shark.”

That’s just a small sampling of the hilarity in the video. Whether you’re a huge fan of The Walking Dead or you’ve never seen the show before, do yourself a favor and check it out. You’ll be glad you did.

Want the latest news on The Walking Dead sent directly to your email? Sign up for our SheKnows newsletters! >>

While watching a five-plus-minute video with the cast of The Walking Dead spouting funny lines doesn’t entirely make up for the fact that we’re still stuck in hiatusville, it does help a little.

30 mins ago
by Kay Snowden

37 mins ago
by Kay Snowden