TNT’s saying goodbye to the mean streets of L.A. After four seasons, the network’s canceling Southland. The drama that stars Regina King has ended its run. 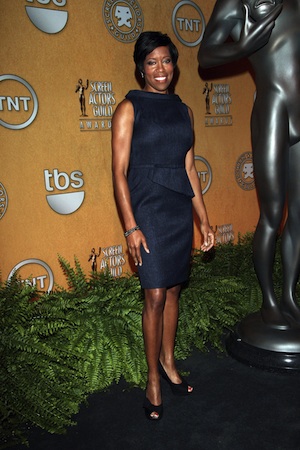 When it comes to TV, May is the most horrifying time of the year. The major networks give the green light to new shows, while pulling the plug on old ones.

This week has been filled with death blows that have rocked fans. TNT is adding another show to that growing list.

Canceled: Is TV doing it wrong? >>

According to EW, the network’s canceled the cop drama Southland. TNT released an official statement saying:

“TNT has made the difficult decision not to renew Southland for another season. We are enormously proud of Southland, which stands as one of the best police dramas ever made. Executive producers John Wells, Chris Chulack and Jonathan Lisco, along with creator Ann Biderman and our partners at Warner Bros. Television, have given us five seasons of powerful, unforgettable storytelling, for which we are deeply grateful.

“We also want to thank the amazing cast for their impassioned, no-holds-barred performances, and the production team for their tenacity shooting on the streets of real-world Los Angeles. We wish everyone associated with Southland the very best.”

Southland aired for four seasons on TNT after it was initially canceled by NBC (five seasons total). The show earned critical acclaim but was never a ratings hit. The final episode aired April 17 and actually ended on a cliff-hanger.

This is a sad day indeed.