Beyoncé is stepping it up this Mother’s Day by giving back. Her new charity, Chime for Change, hopes to empower women all over the world. 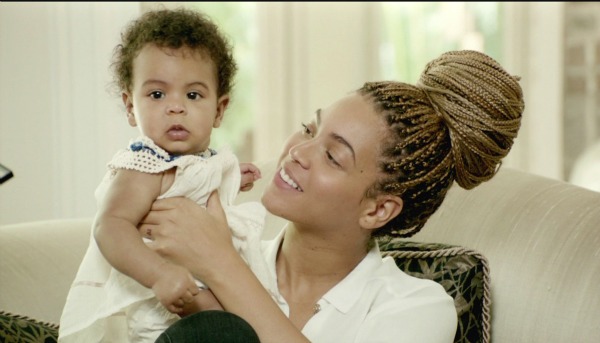 Mother’s Day is just around the corner and music superstar Beyoncé is celebrating in a big way. She’s joining Gucci’s new campaign called Chime for Change as the co-founder and artistic director to empower girls and women everywhere.

The kickoff campaign is a tribute video in which celebs reveals the unique qualities that makes their moms so special. The theme for the video, released on Wednesday, is “This Mother’s Day, I chime for you,” as familiar faces like Cameron Diaz, John Legend, Blake Lively, Olivia Wilde and Ziggy Marley share their favorite things about their own moms.

In addition to the video, Blue Ivy’s mom will lead a global concert to benefit the charity from London’s Twickenham Stadium on June 1. During Sound of Change Live, she will be joined by Florence + the Machine, Rita Ora, John Legend and Jennifer Lopez to help bring awareness to the cause.

In a statement, Beyoncé shared her excitement about the event. “Our goal is to call for change for girls and women in the loudest voice possible. I am excited for us to come together on June 1st to bring the issues of Education, Health and Justice for girls and women to the world stage.”

As a mom-to-one who hopes of having more along the way, it’s clear that the “Single Ladies” singer is trying to make the world a better place. In addition to the live performances in London, the concert will also showcase short films and stories that shine the spotlight on some of global women’s issues.

Ticket buyers will be able to donate the value of the ticket to the nonprofit of their choice. This will be a first for concert ticket sales for charity. Chime for Change partnered with Catapult, a crowdfunding site that benefits female issues, to allow the attendees to support the charitable project of their choice.

For more information on the charity, visit their website.

Watch the Mother’s Day video from Chime for Change.