Music sensations Taylor Swift and Harry Styles had a rocky romance and breakup. Now, they’re set to battle it out at the 2013 Billboard Music Awards in three categories. 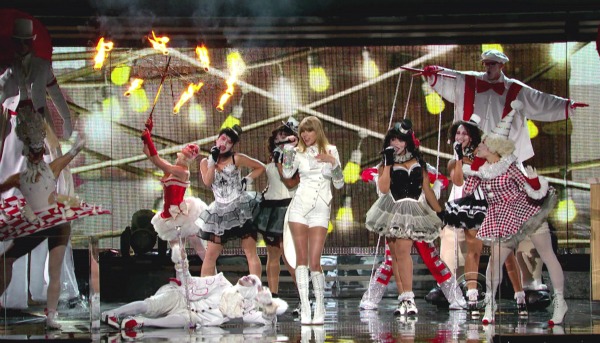 On May 19, live from Las Vegas, one of the biggest showdowns will go down at the 2013 Billboard Music Awards. Exes Taylor Swift and Harry Styles will be battling it out in not one but three categories at this year’s show. Who will come out on top?

The three categories Swift and boy banders One Direction are fighting for are Top Artist, Top Billboard 200 Album and Top Social Artist. It’s hard to argue with the “I Knew You Were Trouble” singer’s record this year. Swift had an incredible year filled with blockbuster hits for her album Red, which had the biggest sales debut of any album since 2002.

One Direction released two albums in 2012, but it was the song “Live While We’re Young” off of their second album, Take Me Home, that blasted off the charts. The single had the highest one-week sales debut by a non-U.S. artist in the U.S. The song also was a Top 10 hit in almost every country it was charted in.

With numbers like that from both artists, it’s hard to decide who will come out on top, especially with tough competition from Maroon 5, Justin Bieber and Rihanna in the same Top Artist category.

However, when it comes to Top Social Artist, there is no way Styles and his bandmates are going to even come close to Swift. On Twitter alone, the 23-year-old singer has over 27 million followers in comparison to One Direction’s almost 12 million followers. Yes, the fans want to hear what Swift has to say. 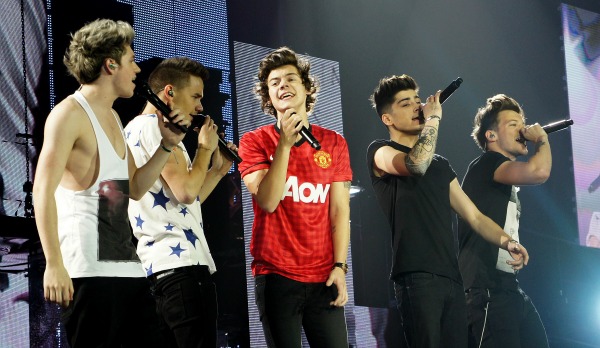 In fact, at the 2013 Grammy Awards, the country singer took to the stage to sing “We Are Never Ever Getting Back Together” which reportedly was written about her time spent with actor Jake Gyllenhaal. Well, it wasn’t Gyllenhaal that she dissed that night on the stage, it was Styles.

She used a British accent in a mocking tone during the spoken word section of the song, saying, “So he calls me up and he’s like, ‘I still love you,’ and I’m like, ‘I’m sorry, I’m busy opening up the Grammys.'” Ouch!

One Direction will not be performing at the 2013 Billboard Awards, but Swift will be up there onstage. Will she take the opportunity to take another swipe at her ex who clearly had different goals than she did when it came to bedroom activities? Or has the singer finally just let it go?

Even with Swift’s 11 nods and One Direction’s eight nominations, the best showdown yet might happen not happen onstage, but on the red carpet.