An Olympic gold medalist is dead after a tragic accident while training for the America’s Cup race. 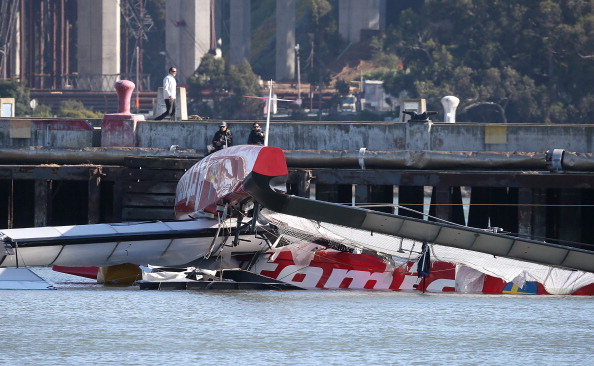 A team training for the America’s Cup is in mourning today after one of their sailors died in a boating accident.

Rescuers performed CPR on Simpson for 20 minutes before pronouncing him dead.

“You know, it’s a tragic day, this is someone who was well known and well regarded as an expert racer,” Hayes-White said. “Everyone worked really hard to not have this outcome. These are very difficult things to report. Our hearts go out to the family of the member of the racing team.”

Simpson was a two-time Olympic medalist from the U.K. — he won a gold in Beijing in 2008 and a silver in the 2012 London games — and his death is a shock to his teammates.

“The entire Artemis Racing team is devastated by what happened,” said Artemis Racing CEO Paul Cayard in a statement posted online. “Our heartfelt condolences are with Andrew’s wife and family.”

Police say it is unclear whether the wind conditions had anything to do with the accident. “I’m not a sailor, I know I wouldn’t consider these extreme conditions. It’s fairly windy out here today. I think any time there’s a sport of any kind there’s risks involved,” Hayes-White told ABC.

The Oracle sailing team, who suffered major damage to their own boat but no loss of life in a similar accident last October, offered their condolences on their Facebook page.

“Today is a sad day for all of us in the sailing community,” the statement read. “Andrew Simpson was a great person, a terrific sailor, and a good friend to all of our team. Our thoughts are with his family and the entire Artemis team. He will be dearly missed.”

Andrew Simpson leaves behind a wife and a toddler son.

Stay up-to-date on all your favorite celebrity athletes — subscribe to the SheKnows Entertainment newsletter! >>