Pete Wentz is talking about his comeback in more ways than one. He’s back on the stage and off of prescription drugs. 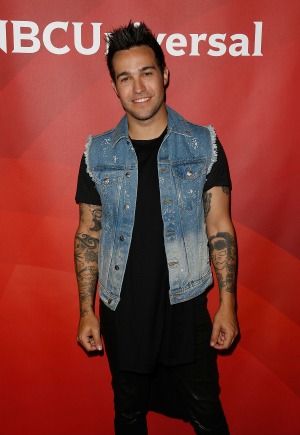 Pete Wentz is on the road to recovery after the last four years shook him to the core. The rocker opened up about his personal life and his return to the stage with Fall Out Boy in Rolling Stone‘s May 23 issue.

The band took a break in 2009 and that’s when life became a little more challenging. He lost his daily purpose of getting up and making music, but that wasn’t the bottom of his fall. The end of his marriage to Ashlee Simpson caused Wentz to go over the edge.

Fighting for Bronx: Is Ashlee Simpson out of control? >>

Wentz said, “I was probably physically and mentally addicted. It started from insomnia and anxiety from flying, then it spiraled.”

It didn’t help that the musician wasn’t sure what to do with his time once Fall Out Boy took a leave of absence from the music scene.

“I felt like a loser already. I’d basically gone from being the guy in Fall Out Boy to being the guy, who, like, hangs out all day,” shared Wentz. “I didn’t see how I’d ever come out on the other side.”

While his addiction was happening during his marriage to Simpson, it escalated even further once they split. Along with the addiction came paranoia.

Simpson’s ex shared, “I was scared of everything. I thought there were always people listening to me. Like, I had my house searched for bugs. It was crazy.”

Music review: Fall Out Boy Save Rock and Roll >>

It seems like the dark days are behind him, and it was fatherhood that really saved him. As a dad to 4-year-old Bronx, Wentz said, “You’re up in the morning, and you have to really be there. It’s not like getting up for a radio interview. In some ways, that was super helpful for my soul.”

The 33-year-old bassist sought treatment through therapy and he’s also happily in a relationship with 24-year-old model Meagan Camper. The couple has been dating since the fall of 2011.

Fall Out Boy is back on track after a long absence. Their Save Rock and Roll tour begins May 14.