Join us as we preview next week’s episode of Nashville, “A Picture from Life’s Other Side.” 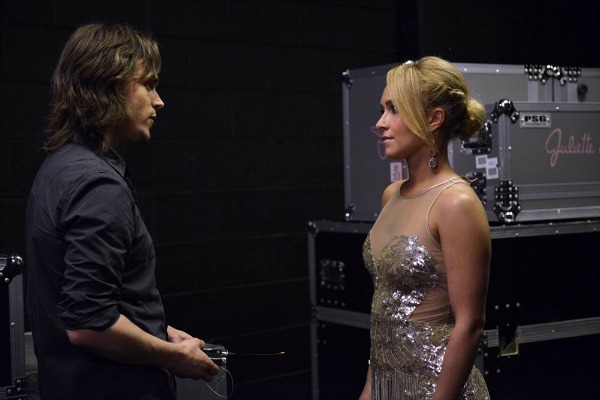 By now, everyone has heard that not just one, but two people are going to die in the Nashville season finale. Could the next episode hold clues as to who will breathe their last breath in the finale?

Here’s the official synopsis of the episode from ABC:

“A Picture from Life’s Other Side” — Rayna finds an unlikely ally in Lamar when he sides with her against Teddy about the girls. Jolene sees Juliette struggling and tries to find a way to help. Avery and Will, separately, both get a chance to shine with bigger stars — but will it translate to career gold? And Tandy takes her own agenda to the board of Wyatt Industries.

And the preview for the episode:

To say that Lamar is an “unlikely ally” for Rayna is a bit of an understatement. But though they say that Lamar will be siding with Rayna and the girls, it doesn’t mention anything about him being OK with her relationship with Deacon. So it sounds like Lamar may still be in the dark about Deacon and Rayna re-sparking their romance, but according to the preview, Teddy knows all about it. Whether Rayna tells him or he just figures it out on his own is unclear, but one thing that is clear is that he’s unhappy about it.

The synopsis only says that Jolene is going to try to help her daughter, but in the preview we see a lot more about the mysterious video that Dante is holding for blackmail. We can only assume that it’s a sex tape, but it’s possible it could be something else. It’s kind of amazing how wrong Juliette was about Dante. Here she thought he could be the love of her life, and he’s pretty much the spawn of Satan.

Want the latest news on Nashville sent to your email inbox? Subscribe to our SheKnows newsletter! >>

Interesting that they mention these two in the same sentence since they haven’t really interacted on the show. Will proved at the party that he isn’t shy about mentioning his music, so maybe all his talk got him the shot he needed. As for Avery, he already had a pretty big moment in the latest episode when he got to play with Juliette. Does this mean that something even bigger is on the horizon for him?

The only question now is: Which of these storylines are going to lead to a Nashville finale where two people are killed? Have you got any theories on who you think it could be? Sound off in the comments and let us know!