The charismatic actor/singer/dancer returns to the stage awards show for the June 9 broadcast. Broadway lovers lick lips in anticipation. 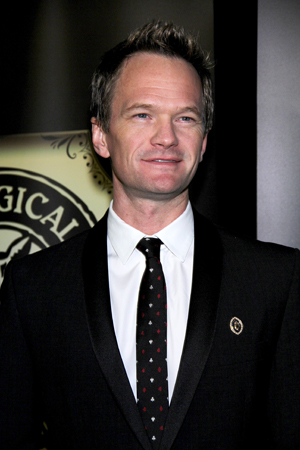 Everybody loves Neil Patrick Harris. And you’ll get a chance to love him live June 9, when the How I Met Your Mother superstar hosts the Tony Awards from Radio City Music Hall.

Coming up on his fourth go-round with the awards show, Harris has now handily beaten Hugh Jackman’s three-time hosting record, and is on track to surpass even the Tonys-hosting all-time champ, Angela Lansbury, who has five hosting tours of duty.

And she’s still alive and kicking, y’all, so maybe she’ll pull a stunt like Jackman did at the 2012 Tonys, where he and Harris did a soft-shoe to the strains of the Annie Get Your Gun parody “Anything You Can Host, I Can Host Better.”

Press and fans alike agree that NPH is pretty much the best host of anything, ever. Check out what the Los Angeles Times wrote about him in 2012: “A preternaturally talented performer who manages to project an everyman humility, Harris should probably host everything, including each year’s first joint session of Congress.”

Even the beloved-by-everyone Tina Fey and Amy Poehler didn’t get that much press love for their well-regarded Golden Globes turn this year. And the less said about the response to Seth MacFarlane’s Oscar hosting the better.

This year’s Tony Awards are particularly anticipated, as it’s been a hot year onstage, with Kinky Boots and Matilda both generating huge buzz. They were accordingly handed award noms: the Harvey Fierstein/Cyndi Lauper musical about a naughty shoe factory won a solid 13 nominations, while the musical based on the Roald Dahl book trailed just behind with 12.

If Kinky Boots picked up all its awards, it could be the all-time award winner: The 2001 stage version of The Producers won a record 12 in 2001.