With a lineup of performers that looks like the Who’s Who of the music industry, the 2013 Billboard Music Awards is likely to be one to remember. 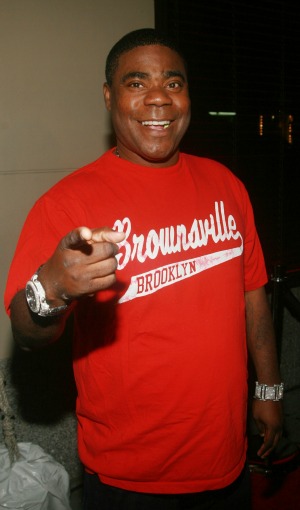 With Tracy Morgan hosting the 2013 Billboard Music Awards, it’s easy to believe anything can happen. And with a lineup that has quickly become the Who’s Who of the music world, the event is likely to be a memorable one.

The Billboard Music Awards are different than any other award show because of how they choose their nominees. The world of music has spread across many platforms, and nominations for the awards are based on many things.

“Billboard Music Awards finalists were based on key fan interactions with music, including album and digital singles sales, radio airplay, touring, streaming and social interactions on Facebook, Twitter, YouTube, VEVO, Spotify and other popular online destinations for music,” according to Billboard.

Many of the performers and presenters are also on the nominee lists for the awards. Prince will be making an appearance, as well as receiving the Billboard Icon Award.

Nicki Minaj and Lil Wayne will team up for a performance at the awards, and Ne-Yo and Akon will join Guetta at the turntables. Other names that have been announced as performing include Jennifer Lopez, Chris Brown, Ed Sheeran and Icona Pop.

Fans also have a chance to vote for the Milestone Award this year, and when they do that they can enter to present the award to the winner alongside CeeLo Green.

Tracy Jordan may seem an unlikely host for a music award show, but he has long been mixing his comedy with his music.

“Music has been a key part of Morgan’s comedy over the years; on SNL, his impressions included Busta Rhymes and Aretha Franklin,” said Billboard. “One of his original characters famously serenaded Britney Spears in a sewer. And no 30 Rock best-moments list would be complete without Morgan’s camp classic ‘Werewolf Bar Mitzvah.'”

The Billboard Music Awards will air from Las Vegas on Sunday, May 19.