In this episode of Nashville, called “Why Don’t You Love Me,” Deacon and Rayna wake up after a blissful night and start to face reality, Juliette goes down a destructive spiral and Scarlett learns the truth about Gunnar’s latest song. 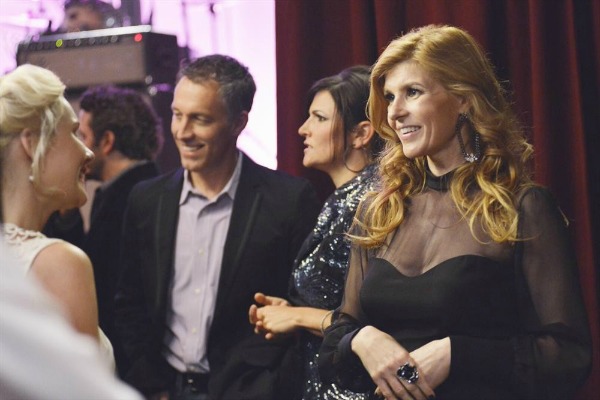 I just have to say right here and now that I never thought I was one to get all mushy when it came to romance, but there are just certain couples out there that make my heart happy. Deacon (Charles Esten) and Rayna (Connie Britton) are one of those couples. Seeing them hop into bed together at the end of last week’s episode and then wake up together in this one was great. But, much like them, I soon realized that it wasn’t going to be all lollipops and candy canes for them. At first I couldn’t really see how anything could go wrong between them now. I mean all of their troubles were in the past, right? But one of those “troubles” is right here in the present and her name is Maddie (Lennon Stella). When you have a young girl who could get hurt by a secret getting out, a woman who knows she’s not good at keeping secrets from the man she loves and a man who thinks the woman he loves should tell him everything, you have a recipe for disaster. Why must these kinds of shows give us a romance we love, but have it plagued with disasters from beginning to end? Oh right, because it makes for good drama.

Speaking of drama, after having her latest affair end in fraud, Juliette (Hayden Panettiere) sends herself on a bender that I think might have even put her mother to shame. She’s definitely had a rough time of it lately, but every time I get close to feeling sorry for her, she either flies off the handle at someone and treats them like trash, or she’s trying to seduce someone else completely inappropriately. Juliette is like the proverbial accident that you can’t tear your eyes away from and that’s how I felt during each of her scenes in this episode — like I was watching an accident in slow motion.

Not much happened on the Will (Chris Carmack) and Gunnar (Sam Palladio) front in this episode, except for a lot of denial and pretending The Kiss never happened. I’m guessing they (meaning the writers) are holding on to that juicy tidbit for a moment when revealing it will be the most traumatic or disruptive to either Will, Gunnar or maybe even Scarlett’s (Clare Bowen) life. Scarlett did find out that Gunnar basically stole his dead brother’s song, which put yet another wedge in their relationship. Meanwhile, Scarlett’s ex keeps on slowly climbing out of the hole he inadvertently dug for himself. It was great when Avery (Jonathan Jackson) ended up playing for Juliette, as was the moment when he turned down her drunken proposal for sex in the back of her limo. Good boy, Avery — maybe you’ve learned your lesson.

Deacon accusing Rayna of stealing the covers just like she always did.

Rayna’s “awesome” when she found out she and Juliette were nominated in the same category.

Rabbit pellets? In tea? That is beyond disgusting.

Will trying to claim that he was so drunk the night before that he didn’t know what he did. Yeah, nice try.

“Am I witnessing the death of the bromance?”

Rayna admitting to her sister that she went over to Deacon’s. 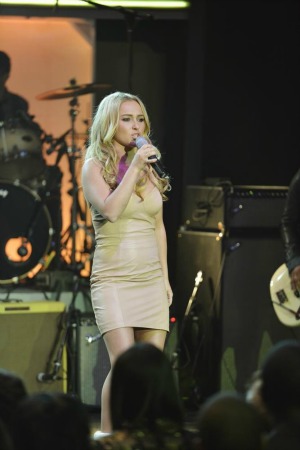 Deacon saying that Stacey was an amazing girl, but she wasn’t Rayna.

“You know your dad loves you very much.”
“That doesn’t mean I have to like him.”

Deacon pointing out to Rayna that he loved her kids and her life was pretty much what he’d been looking for.

Poor Deacon having to break Stacey’s heart and tell her she wasn’t being paranoid about Rayna.

Deacon pointing out that Rayna can’t be with Deacon without the truth coming out. I hate to say it, but he probably has a point.

Rayna and Juliette playing nice for the cameras on the red carpet.

“Someday you’re going to understand all this parent stuff, I promise you.”
“I already do. You guys are weird.”

Avery volunteering to take over for Deacon.

Deacon plopping himself down into Rayna’s limo.

“You and me got so much damn water under our bridge, sometimes it’s like we’re drowning in it.”

The look on Scarlett’s face when she heard Gunnar’s song. It was beyond adorable.

What did you think of this episode of Nashville? Do you think Rayna and Deacon can make it or is their moment of happiness going to be over soon?