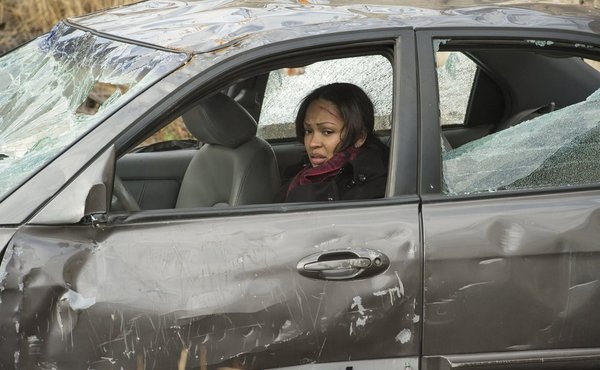 Sorry, Deception fans, but it looks like you’re out of luck. Deadline is reporting that NBC has canceled the show. As it turns out, Revenge and Scandal fans get all the drama they need from those shows and weren’t looking to add another after all.

To catch the killer, she goes undercover (a la a million shows currently on television) with her detective partner and reenters the exceedingly wealthy world she thought she’d left behind. All around her, more drama unfolds and she soon finds herself sucked into the midst.

Sound familiar? The one thing Deception had going for it, though, was its stellar cast, which included Victor Garber, Meagan Good, and Tate Donovan, among many others.

Sadly, that lineup just wasn’t enough. The show opened to less-than-stellar ratings and viewership (5.66 million), but NBC held onto the struggling show throughout the first season, despite its dwindling numbers. However, it turns out that the Season 1 finale will actually be a series finale.

Bummer, right? Or not really? Were you hooked on Deception or did it not make your cut, either?

True story: Our newsletter delivers cancellations straight to your inbox >>

20 hrs ago
by Lily Shell