Joss Whedon is one of the most sought after directors in Hollywood. But despite his Avengers success, he denies an obnoxious payday. 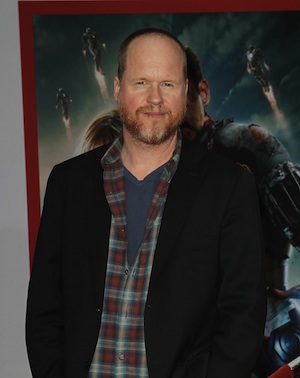 Joss Whedon directed and wrote one of the most successful movies of all time. Last year’s The Avengers was the highest-grossing film of the year, raking in $1.5 billion worldwide. It’s no wonder he decided to sign on for the sequel.

Avengers wipes out Dark Shadows with $1 billion at box office >>

It the latest issue of GQ Magazine, the film’s biggest star, Robert Downey Jr., admitted to a $50 million payday. We doubt his Avengers co-stars received that kind of bonus, but what about its director?

While Marvel’s ironing out the contracts for The Avengers 2, everyone’s bank account has come into question. Whedon decided to put any and all rumors to rest. Yes, he makes more money than us, but it’s nowhere near what’s being speculated.

“I’m not going to go into the whole thing, but jeepers, I’m not getting $100 mil on Avengers 2,” he wrote on Whedonesque.com. “If I were, I would come on this site and laugh and laugh and laugh. I’m not making Downey money. I’m making A LOT, which is exciting. I’m not pretending to be a poor farmer, an Everyman, an ANYman.”

Whedon’s post comes shortly after reports of trouble in paradise at Marvel. Apparently, Downey’s currently renegotiating his contract because he’s not sure if another Iron Man is in his future. There’s also word that because of his huge salary, his castmates want a bump in pay.

In Hollywood it always comes down to the bottom line, doesn’t it?