Nick Lachey told Andy Cohen on Bravo TV that he doesn’t think of Jessica Simpson often. In fact, he hasn’t spoken to her in years. 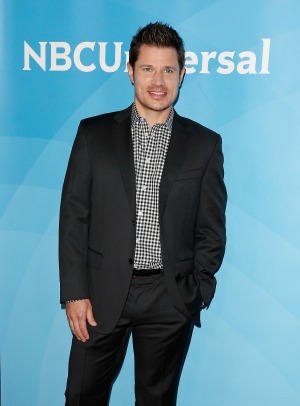 It doesn’t sound like Nick Lachey thinks about his ex-wife, Jessica Simpson, much, if at all. On Tuesday night, the singer appeared on Bravo TV’s Watch What Happens Live with his bandmates of 98 Degrees when he was asked about his first marriage by host Andy Cohen.

Lachey was playing the popular game “Plead the Fifth” on the late-night talk show. The singer was only allowed to refuse one question out of the three questions given by the talk show host. He gamely answered the Simpson question when Cohen asked the boy bander if the relationship felt like ancient history.

The musician responded, “It’s been years [since the last time I talked to Jessica]. Years. Honestly, probably six years… It was like another lifetime ago.”

Cohen then pressed on, asking if Lachey ever watched reruns of the couple’s MTV reality show, Newlyweds: Nick and Jessica.

He replied with a laugh, “I have not. As you can imagine, that’s not popular viewing in my house. We don’t sit around as a family and watch the old DVDs.”

Lachey has certainly moved on with his life after marrying Wipeout host Vanessa Minnillo in 2011 and welcoming their first child together, son Camden, in September 2012. Simpson has also started a family with her fiancé, Eric Johnson. They have a 12-month-old daughter, Maxwell, and a son due this summer.

However, the most interesting tidbit that Lachey revealed was about his former father-in-law, Joe Simpson.

Cohen asked, “What is the best thing about no longer having Joe Simpson as a father-in-law?”

It wasn’t Nick who answered the question, but his brother Drew who chimed in, “Can I answer this one? Everything!”

If you thought that zinger was bad, Nick finished off the conversation by joking about the rumors that Joe is gay. He said, “The best thing about not having Joe Simpson as a father-in-law [is]… I don’t have to play grab-ass under the table on Easter Sunday.”

Tell us how you really feel, Nick.