Snoop Lion admits he was the brain child behind a traveling harem — but says he only did it for the thrill. 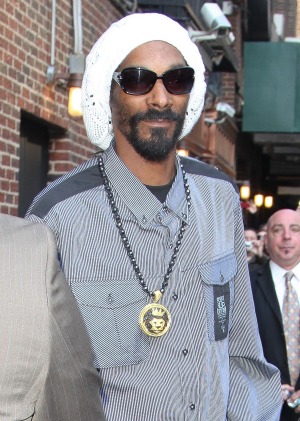 In news totally unsurprising to anyone, Snoop Lion has admitted he was once a pimp and sold women to the highest bidder.

In an interview with Rolling Stone, Snoop — formerly known as Snoop Dogg — said he combined pimping with touring and supplied, erm, companionship, to high-profile celebrities.

“I put an organization together,” the hip hop star told Rolling Stone‘s contributing editor Jonah Weiner in the new issue of the mag. “I did a Playboy tour, and I had a bus follow me with ten b***hes on it. I could fire a bitch, f**k a b***h, get a new ho: It was my program. City to city, titty to titty, hotel room to hotel room, athlete to athlete, entertainer to entertainer.”

It wasn’t about the money, though. In fact, Snoop said he was very un-pimp-like and graciously allowed his “b***hes” to keep their hard-earned cash.

The Reincarnated rapper said his clients included tons of athletes whom he declines to name, saying they would “come hang out, pick and choose, and whichever [woman] you like comes with a number.”

Stay up to date with all the hottest Hollywood news — subscribe to the SheKnows Entertainment newsletter! >>

What did Snoop’s wife, high school sweetheart Shante Broadus, think of this? After all, they have been married since 1997 and have three kids together ranging in age from 12 to 18. Snoop admitted his marriage “had to take a backseat” but obviously she got over it; the couple is still wed.

“I love her to this day because she coulda shook out on a n***a, but she stayed in my corner. So when I decided to let it go, she was still there.”

As they say, pimpin’ ain’t easy.