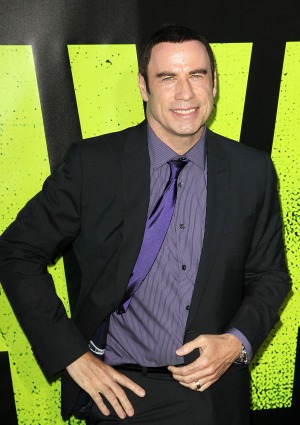 If someone is a closet case, Margaret Cho should know. Having won awards for her support of LGBT issues and causes, grown up in a heavily homosexual neighborhood in San Francisco, and being an open bisexual herself, Cho should know it when she sees it — and she says she sees it in John Travolta.

The former Face/Off co-stars worked in close quarters while filming and during an Australian comedy set Cho called the actor out for being “so gay.”

“I’m going to get in trouble but I’ll just tell you,” Cho said to the audience. “He is so gay. John Travolta is so gay.”

And not just regular, vanilla gay. Like, super gay.

“He’s not just gay. He doesn’t just like men,” she said. “He is like Oscar Wilde gay… like Lord Byron gay. That kind of crazy, incredibly flamboyant gay… I feel bad for him; because I know he would be much happier if he could just come out. But he can’t.”

Cho went on the explain how the superstar was treated much differently than the rest of the cast on the set of Face/Off.

“It was a weird movie because the way that he worked on it was John Travolta, he can only work 10 hours a day,” she explained.

“And part of the 10 hours is him flying his plane to the location and flying home. So essentially he only had to work like five hours a day. He was so pampered and so taken care of, it was the closest I have ever been to being in the presence of a king. Or a queen, actually,” she joked.

“But I felt bad for him because he was so gay and couldn’t be out about it.”

Travolta, who has been dogged by gay rumors for most of his long career, is married to actress Kelly Preston. The couple have two living children. Their son Jett died at 16 after suffering a seizure.

The actor was sued for sexual harassment and assault by several male massage therapists last year. The cases were later dropped.