You can’t keep a good (hot) actor down. Former Grey’s Anatomy star Eric Dane is returning to TV with a new role on a new network. 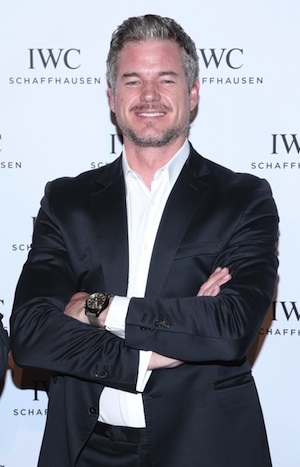 Are you going through McSteamy withdrawal? If so, we’ve got your remedy right here. Eric Dane is returning to television in TNT’s The Last Ship. The former TV doctor headlines the thriller based on the William Brinkley novel.

According to the Los Angeles Times, the series is executive produced by filmmaker Michael Bay. Somehow between Pain & Gain and prepping Transformers 4, he found time to tackle TV.

“Their mission is simple. Find a cure. Stop the virus. Save the world.” That’s the show’s tagline, which is all about a global crisis. The drama centers on the crew of a Navy destroyer who survive a near-extinction-level event.

“The Last Ship has all the elements of a big Hollywood blockbuster, from its epic storytelling to its top-notch cast headed by the perfect leading man, Eric Dane,” said Michael Wright, head of programming for TNT, TBS and Turner Classic Movies.

“Michael Bay and his fellow executive producers have shaped William Brinkley’s story and characters into an exceptional drama full of action, suspense, tragedy and triumph. The Last Ship is smart, fun television that takes you on a great ride.”

Here’s a sneak peek at TNT’s The Last Ship:

TNT has ordered 10 episodes of the series, which debuts next year.