Elizabeth Colbert Busch may have been an unlikely candidate, but she took the responsibility and ran with it, with a little help from her famous brother. 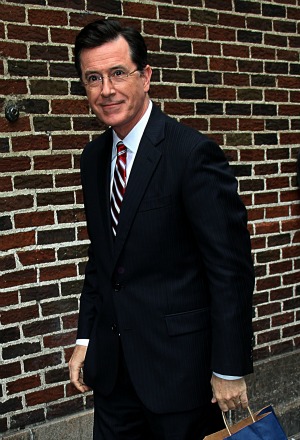 Despite having plenty of help and promotion from her brother Stephen Colbert, it looks like Elizabeth Colbert Busch has been defeated in her bid to become a member of the U.S. House of Representatives in South Carolina’s 1st Congressional District.

Stephen Colbert talks about his “tough as nails” mom >>

The Associated Press called the race shortly after 8 p.m. Tuesday, May 7, in South Carolina. Colbert Busch was running against the former governor of the state.

“Former South Carolina Gov. Mark Sanford has redeemed a political career sidelined by scandal by winning his old congressional seat,” said Bruce Smith with the Associated Press. “With 71 percent of precincts reporting, Sanford has 54 percent of the vote.”

Sanford had an uphill battle in the race. Back when he was governor, he disappeared for five days and later said he had been hiking. According to Smith, he eventually admitted he was with his mistress during that time. He paid a $70,000 fine for breach of ethics.

Stephen Colbert reveals the name bullies called him in school >>

Because of his past, and Colbert Busch’s name, the race became one widely watched nationwide.

“South Carolina’s latest contribution to the American political stage: a House race between a former governor whose extramarital affair provided unlimited fodder for TV comedians, and a rookie candidate whose brother happens to be one of the them,” explained National Public Radio.

Colbert was at one point mentioned as the possible candidate for the seat, but even after his sister was chosen, he openly spoke on the air about her race. South Carolina is the comedian’s home state. But in the end, it seemed to come down to politics.

“A win by the Republican Sanford would launch a spate of stories about his political redemption after an affair that ended his marriage and, for a time at least, his career in elected office,” NPR continued. “A victory by Colbert Busch, the Democrat, would deliver yet another example of a flawed GOP candidate fumbling away a seemingly safe Republican seat.”

Stephen Colbert gets his own language >>

According to Smith, Sanford has never lost a political race in his career.