Famed choreographer Wade Robson has filed court documents seeking money from the Michael Jackson estate for childhood sexual abuse. He testified on the King of Pop’s behalf during his 2005 molestation trial. 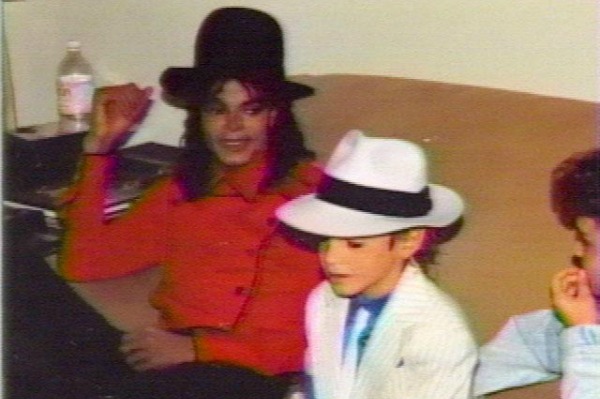 In breaking news Tuesday, TMZ exclusively reported that choreographer Wade Robson has accused Michael Jackson, who died in 2009, of molesting him as a child. The shocking part to this claim is that Robson testified in Jackson’s 2005 molestation trial. At the time, he denied he was ever abused by the pop singer.

The famed choreographer is seeking money from the Michael Jackson estate for the childhood abuse. The papers were filed May 1 by Robson’s lawyer for a late creditor’s claim against the King of Pop’s estate. The documents were submitted under seal, so the complaint is not available for public viewing.

Robson first met Jackson at the age of five. The two struck up an unlikely friendship that spanned decades. The singer put the young Australian dancer in several of his musical videos including “Jam,” “Heal the World,” and “Black or White.”

The talented performer turned into a world-renowned choreographer after creating moves for Britney Spears and *NSYNC during the height of their popularity. He’s also known to television audiences for his work on So You Think You Can Dance as both a judge and choreographer as well as his own MTV show, The Wade Robson Project.

TMZ is reporting that Robson was treated by a psychiatrist who is a leader in his field of childhood therapy and that the alleged abuse is outlined in the sealed court papers. It should also be noted that while Robson denied any abuse for years, it was the “Thriller” singer’s housekeeper, Bianca Francia, who admitted in the 2005 trial that she saw the two showering together when Robson was underage.

There is no word on what the catalyst was for Robson to reveal the sexual abuse now. He was a regular at Jackson’s Neverland Ranch and his other properties in L.A. and Las Vegas from the ages 7-14.

Robson is now 30 years old and works as a creative director for The X Factor judge Demi Lovato.

The Michael Jackson estate has not made a public statement as of press time.