Rumors persist on the set of American Idol as the latest story has Mariah Carey leaving before the season is even over. Her feud with Nicki Minaj reaches new heights. 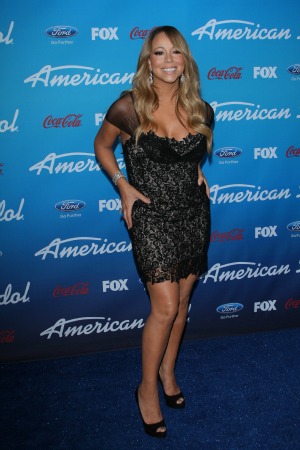 Does anyone remember when American Idol was just about the contestants? Perhaps this season’s judges forgot that part. The behind-the-scenes feud between Nicki Minaj and Mariah Carey reaches a fever pitch.

Sources are telling Fox News that Carey has been so bothered by the pettiness going on backstage, she threatened to walk off the show before the end of the season. The show is currently down to the top three singers.

The insider told Fox News, “Mariah doesn’t want to come back, Nicki is really disrespecting her and she’s tired of trying to bite her tongue all the time. One night Nicki tried to be kind of nice, but Mariah didn’t bite, so I guess she figured screw that.”

Maybe that’s what inspired the “Butterfly” singer’s snide comment to Minaj during last Wednesday’s show. The rapper sure didn’t let Carey off the hook either. She took to Twitter to air her thoughts about the singer’s insecurities to her followers.

For AI fans, this isn’t breaking news, though. The rivalry began early in the season during the audition rounds. Many accused the producers of staging the clash as a publicity stunt in order to drive viewers back to the competition show.

Who are the most powerful working moms? >>

However, this is anything but a stunt. The two have been at each other’s throats all season, and the ratings are still in free fall. The producers have been scrambling to fix the show that was once a ratings hit.

The insider is reporting that Carey won’t sign a new contract for next season.

The source shared, “She’s done with it all. She doesn’t need the platform, and all the drama isn’t healthy for her. She’s also under fire with the producers for not being critical enough of the contestants.”

It doesn’t seem like the producers want her back anyway. With rumors that Jennifer Lopez was going to replace the Grammy winner midseason and the fact that Harry Connick Jr. has officially been asked to join the panel for season 13, the writing is on the wall for a Carey exit.