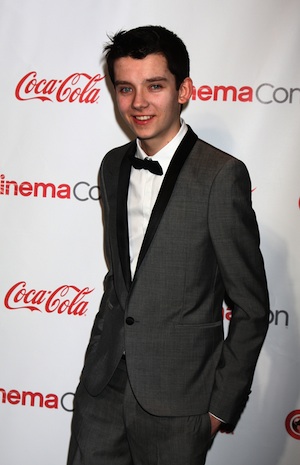 “They know our strategies. They’ve learned our weaknesses. And the alien attack nearly destroyed us. That must never be allowed to happen again. If we’re going to survive we need a new kind of soldier.”

Those chilling words kick off the trailer for Summit Entertainment’s Ender’s Game. It’s the big-screen adaptation of the popular novel of the same name. The film’s directed by Gavin Hood (X-Men Origins: Wolverine) and stars Asa Butterfield (Hugo) as Ender Wiggin.

Read it first: March’s books to read, then see the movie >>

Ender’s a socially awkward boy who is recruited for Battle School. It’s there that he distinguishes himself amongst his peers. He’s highly intelligent and easily masters the training challenges. Once he’s given the stamp of approval by Colonel Hyrum Graff (Harrison Ford), he moves on to Command School, where he fulfills his destiny.

Ender’s gifted and everyone knows it. That’s why he’s trained by war veteran Mazer Rackham (Ben Kingsley) to become the army’s last great hope. It’s up to him and his skills to save humanity from an Earth-shattering threat. The film reunites Kingsley and Butterfield, who previously starred in 2011’s Hugo.

New Hugo trailer: Martin Scorsese brings you behind the scenes >>

Check out the official trailer below:

What do you think of the movie’s first trailer?