A huge part of The Simpsons legacy is gone. Creator Matt Groening’s mother Margaret has died. She was the inspiration for the show’s most beloved character. 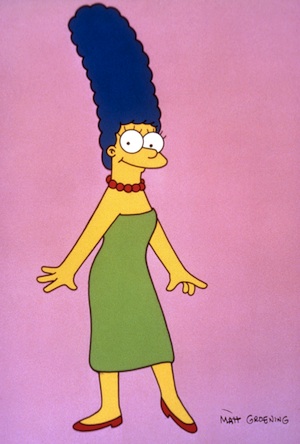 Matt Groening, creator of The Simpsons, has lost his mother and muse. Margaret Ruth Groening, aka, Marge has passed away. As you may have noticed, she shared a similar name to The Simpsons matriarch. That’s because she was the inspiration for the animated mom.

Don Payne, writer for The Simpsons and Thor, passes away >>

According to The Hollywood Reporter, Groening pulled from his personal life to create most of his characters. Marge was a take on his mother, while Homer Simpson was named for his father.

Margaret died peacefully in her sleep on April 22. She was 94 years old. Her husband preceded her death by nearly 20 years (he passed in 1996). Groening’s maiden name was Wiggum, which is another character found in The Simpsons canon. Matt really did keep it in the family.

The Simpsons cast is trying to keep the show alive >>

Aside from her famous son, Margaret is survived by her brother Arnold; other children, Mark, Lisa and Maggie; eight grandchildren; and two great-grandchildren. Her oldest daughter Patty (Patricia) died earlier this year of heart failure.

The Simpsons is currently the longest-running American sitcom, animated program and prime time scripted television series. It officially debuted in 1989 and is on course for an unprecedented 25th season.

Groening’s obituary was originally published in The Oregonian on May 6.

We send our condolences to the Groening family. R.I.P. Margaret.