The first lady of entertaining admits that back in the day both Newman and Robert Redford were customers at her pastry counter. She never made eyes at them. She wishes she had. 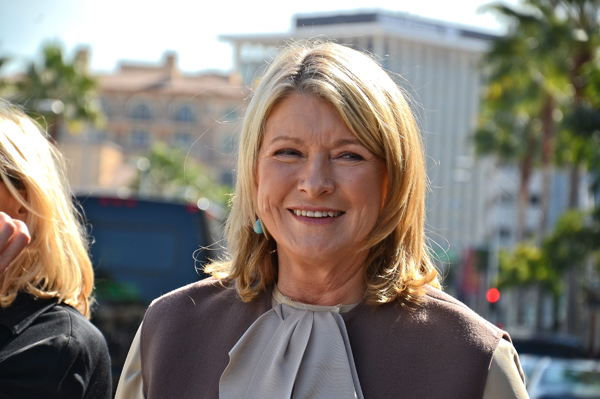 Martha Stewart is now famously accepting suitors on Match.com, so maybe it’s only natural she’s thinking about what could have been.

At a foodie charity luncheon on Monday, Stewart talked about a job she had selling pastries at a fancy-schmancy retail mini-mall in Connecticut back in the 1970s.

“Robert Redford and Paul Newman were in all the time, and I’d just hand them their croissant or tart, and I didn’t even look at them,” Page Six reports Stewart said. “Can you imagine? I didn’t even think about looking at those guys. I should have, because they’re very handsome.”

Well, Paul Newman is gone, but he was indeed very handsome. And he made a mean salad dressing. I can picture their lives together, can’t you? Eating salads. Salads with dressing.

Also, Paul Newman was married to Joanne Woodward in the 1970s; he remained so until his death in 2008. So maybe Paul wasn’t such a hot prospect after all, Martha?

Page Six also noted that Stewart’s dating profile has garnered more than 20,000 views, and that on the Today show Monday she said she’d gotten more than 1,000 responses.

Two of them proved to be appealing enough that she plans to make coffee dates with the gentlemen who offered their free time to the domestic diva.

But Stewart has been surprised by all the interest she’s gotten from younger dudes. “I wonder why,” she mused. “I mean, do they want money?”

Ha ha, Martha Stewart, you are kind of secretly awesome.

She also said reading through all the responses was exhausting.

“It’s very time-consuming. I have gardens to plant and horses to ride and all kind of stuff to do,” she said.