Dr. Phil is suing Gawker media for copyright infringement after Deadspin posted a video that had already aired. So what’s the big deal? 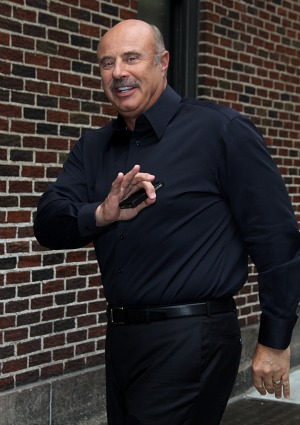 What does Dr. Phil do when you jack his cliffhanger? Dr. Phil sues.

The TV therapist has filed a lawsuit against Gawker Media, claiming their web property Deadspin.com stole cliffhanger video footage and posted it before it aired in most U.S. markets, causing his talk show to suffer in ratings.

The footage was of the juiciest part of Dr. Phil’s interview with Ronaiah Tuiasosopo, the man behind the Manti Te’o girlfriend hoax. In the video clip, Tuiasosopo unconvincingly demonstrated how he changed his voice to sound like a woman and trick Te’o on the phone.

The episode had aired in only a few U.S. markets with the majority still awaiting the results of the cliffhanger, and Dr. Phil claims his ratings suffered because of Deadspin’s “copyright infringement.”

“A remora is a fish, sometimes called a suckerfish, which attaches itself to other fish like sharks,” reads the complaint. “The host fish gains nothing from the relationship but the remora is enriched by obtaining benefits (usually food and transportation) from the host… Gawker received substantial benefits from its infringement but Pateski received nothing that is, unless its damages are compensated in this lawsuit.”

Deadspin, who originally broke the story of the Manti Te’o girlfriend hoax in January, posted the footage several hours before it aired to “over 98% of its viewers,” according to the suit.

The lawsuit seeks unspecified damages for an amount to be proven at trial, plus punitive damages.

Get the scoop on the juiciest legal wranglings of your favorite stars — subscribe to the SheKnows Entertainment newsletter! >>