Al Pacino definitely has a reputation for being unpredictable on film, but isn’t known for walking off sets. Nonetheless, he’s done with Despicable Me 2, before his role has wrapped. 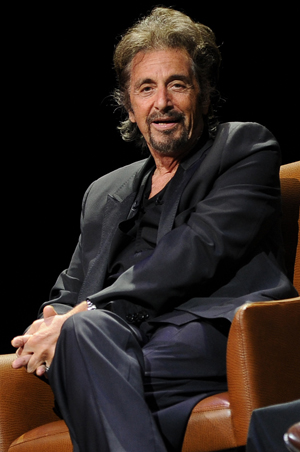 Despicable Me 2 is set to premiere July 3, less than two months away. But one of its stars has just exited production, right in the middle of filming.

Al Pacino was cast to play Eduardo, the film’s villain who opposes Gru (played by Steve Carell) and the trio of adorable orphans he adopted in the first Despicable Me.

But that’s all over now.

According to Deadline.com, Pacino had finished the majority of his voiceover work on the film, but creative differences caused him to leave the production.

“We have mutually decided with Al to replace the voice of Eduardo with a new actor,” Universal Pictures, the studio making Despicable Me 2, said in a statement to Deadline. “Universal and Illumination thank Al for his many contributions to the process and look forward to a new actor bringing this memorable character to the screen upon its release this summer.”

What led to the split?

“Over the production of Despicable Me 2, there were creative differences between us and Al Pacino, who had been cast as the voice of Eduardo in the film,” Universal said.

Hmm, seems like it would be tough to differ creatively over a voice acting role, but hey.

Pacino was swiftly replaced by Benjamin Bratt, best known for his role on Law & Order. But to young cinemagoers he’s probably best known as Manny, a goofy cameraman from the 2009 animated hit Cloudy with a Chance of Meatballs.

Javier Bardem was originally cast as the Despicable Me 2 villain; when Pacino took over, it was to be his first role in an animated film.