Martha Stewart is trying her luck at online dating. We’re pumped for the home goods diva, but Match.com members want to see other celebs sign up on the site, too. 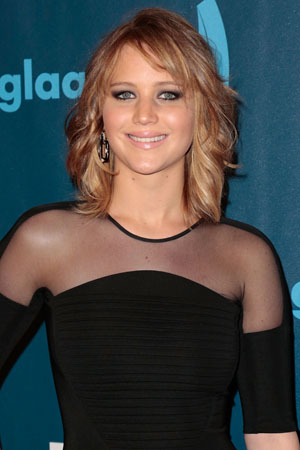 Move over, Martha Stewart: You aren’t the only celebrity that fans want to start online dating. According to a Match.com poll, 34.17 percent of singles on the site want to see Jennifer Lawrence make a profile. Another 28.16 percent want to see Ryan Seacrest try his hand at the online dating game.

And what do they have to lose? We can totally see Lawrence, Frankel and Foxx giving the online thing a chance, but we’re not so sure about Seacrest. How does he have time to sleep with his work schedule, let alone manage online dating?

At least Stewart is having fun with it, though. The domestic diva recently admitted that she jumped into the online-dating thing because meeting guys the traditional way just isn’t working.

“I was reminded how central good relationships are to happiness and longevity. Also, I’ve always been a big believer that technology, if used well, can enhance one’s life. So here I am, looking to enhance my dating life,” she wrote in her profile.

The big question: Are there men interested in dating the multimillionaire? Oh yeah: She’s received over 20,000 page views and 1,000 messages in a week.

“There’s no question that Martha is one of the most popular members ever to join Match,” Match.com CEO Sam Yagan told NBC’s Today.

She’s reportedly narrowed down the list to five potential suitors. From there, she’ll decide which men are worthy of her.

“There are two that I could have coffee with,” she told Today.

The one thing she doesn’t understand? Why she’s getting so many messages from younger guys.

“Do they want money?” she asked Matt Lauer.

Probably, though we know plenty of dudes who like older women. Don’t automatically dismiss the younger guys, Martha!

Which celebs do you want to see try online dating? Sound off in the comments below!

Will I be single forever?
Are dogs a good way for couples to “train” for kids?
Olivia Wilde wasn’t “good enough” for Jason Sudeikis