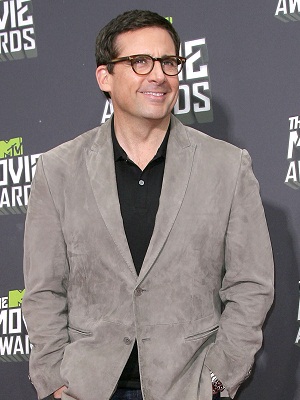 For months, all fans of The Office have been able to talk about is whether Steve Carell‘s Michael Scott would return for the show’s big finale. Everyone wants it and it was already confirmed that Carell was on set for the taping of the series finale.

5 Truths we learned from The Office >>

Last week, during a conference call, The Office‘s executive producer Greg Daniels was asked about Carell’s possible reappearance for the finale. His answer wasn’t exactly a “no.”

“I think Steve felt, and I agree, that the ‘Goodbye, Michael’ episode was his goodbye and he didn’t want to overshadow the ending that all the other characters deserved,” he told reporters.

Meanwhile, during a recent interview with David Letterman, The Office alum Mindy Kaling (who will be around for the finale) would neither confirm nor deny Carell’s presence. First, the young comedian claimed not to remember if he was there or not. When Letterman pressed the issue, Kaling admitted that she signed a nondisclosure agreement and couldn’t give any specific details on the finale.

Meanwhile, TVLine.com is claiming it has a source who guarantees Carell’s return. The source told TVLine.com that Michael Scott will “turn up” on the show’s finale in some capacity. Between the source and Daniels’ comment, we’re not expecting anything major. Perhaps, just a quick appearance.

Many fans of The Office are crossing their fingers for something big. But we think all viewers would be happy with just one more clueless shrug and another, “That’s what she said.”