Being a working mom can be a challenge for anyone, but when the stress of being in the the public eye is added in, who handles the pressure with grace? 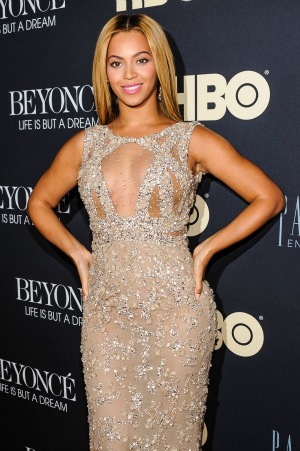 Working Mother magazine announced its list of the “50 Most Powerful Working Moms” on Monday, and some familiar names topped the list.

Hollywood names like Jessica Simpson, Beyonce and Jennifer Lopez were all mentioned, along with many business executives, reporters, athletes and politicians.

“[This] group of American working moms screams power,” Working Mother’s Jennifer Owens told Us Weekly. “They absolutely have talent, influence, status, money and smarts, but they’ve also shown the strength to overcome great obstacles, the insight to innovate and inspire, and the passion to help better the lives of others.”

Gisele Bundchen and Mariah Carey cracked the top 10, along with Beyonce.

“Arguably the hardest working mom in show biz, Queen Bey earns a spot on our list for her long list of accomplishments in the music industry, undeniable drive and relentless talent,” the magazine said. “After giving birth to daughter Blue Ivy last year (Dad is music mogul Jay-Z), this Grammy-winning superstar sang at our President’s second inauguration, performed a dazzling half-time show at the Super Bowl, released a self-produced HBO documentary, dropped a new album, Mrs. Carter (Jay-Z’s real name is Shawn Carter), and embarked on a world tour underscored by a $50 million Pepsi endorsement deal — and the year isn’t even half over!”

The magazine cited each woman’s accomplishments as well as ability to balance work and family.

Jennifer Lopez was listed for her numerous talents, including as an “actress, singer, dancer, producer and fashion mogul,” the magazine said. “After leaving her $20 million post as an American Idol judge this year, she’s back in the studio cranking out her tenth album and found time to lend her voice to the kids’ film Epic, due out May 24.”

Lopez is also the co-chair for Mobile Alliance for Maternal Action, which works “to bring greater medical access to mothers in the developing world.”

She spoke to the group earlier, saying parents have one very important responsibility.

“You just have to love your child unconditionally, which is a truly natural thing that happens, and just do the best you can.”

17 mins ago
by Daisy Maldonado