To Kill a Mockingbird is at the center of a heated legal battle. Its author, Harper Lee, is suing her former agent over royalties. 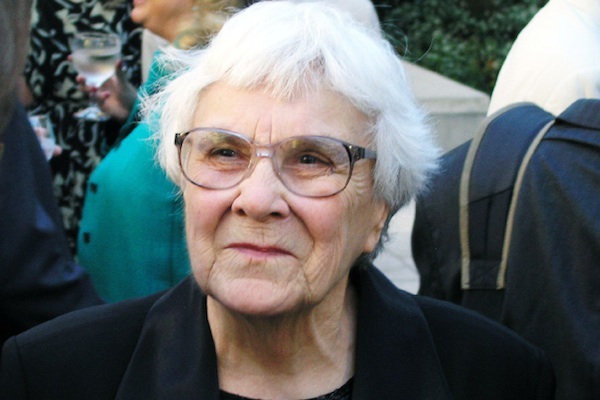 Is nothing sacred these days? Harper Lee, the 87-year-old author of To Kill a Mockingbird, has been duped. She recently filed a lawsuit against her former agent for tricking her out of royalties generated by her famous novel.

According to Zap2it, Lee is going after literary agent Samuel Pinkus, whom she claims stole the copyright for To Kill a Mockingbird. Back in 2007, Lee suffered a stroke and was very ill. She had impaired vision and hearing, which made her extremely vulnerable.

During that time, Pinkus got the author to sign away the copyright of Mockingbird to him.

“Pinkus knew that Harper Lee was an elderly woman with physical infirmities that made it difficult for her to read and see,” said Lee’s lawyer in the lawsuit. “Harper Lee had no idea she had assigned her copyright [to him].”

Lee doesn’t remember signing any document or even speaking with Pinkus about it. Luckily, she got the copyright back in 2012, but Pinkus is still receiving compensation. Lee wants to put an end to that once and for all. She’s also suing for his “scheme to dupe” her as she was in a weakened state.

Don’t be tardy for the payment: Kandi Burruss sues Kim Zolciak over royalties >>

We don’t blame Lee for wanting justice. To Kill a Mockingbird is one of the most iconic novels in American history. It’s spawned several movie adaptations, including the 1962 feature film starring Gregory Peck and Robert Duvall.