We haven’t seen the last of Ethan Hunt. Tom Cruise is gearing up for a new adventure in the Mission: Impossible franchise. Get ready for M:I 5! 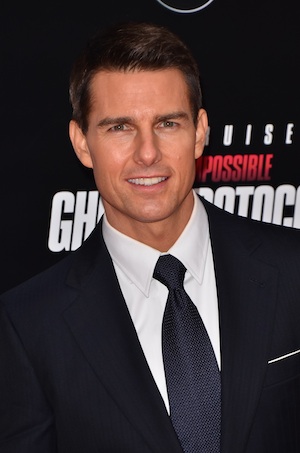 You can’t keep a good spy down. Tom Cruise and his alter ego Ethan Hunt will return for another installment of Mission: Impossible. It’s been announced that the actor has signed on for a fifth film.

According to Deadline.com, both Paramount Pictures and Skydance Productions have confirmed that Cruise will be back. He’ll produce the sequel alongside J.J. Abrams. The duo did the same for 2011’s Mission: Impossible — Ghost Protocol, which was Cruise’s biggest film to date.

Ghost Protocol had insiders wondering if Cruise still had “it.” There aren’t many actors who can open movies on name recognition alone. He’s definitely part of a dying breed. To avoid that pitfall, the fourth film added fresh blood like Jeremy Renner and Paula Patton.

Mission: Impossible 5 has yet to find a director or writer, but some notable names are on the table. Christopher McQuarrie, who previously worked with Cruise on Jack Reacher, may be a candidate. The position will be filled shortly.

The studio hasn’t set a release date but we expect it to be nailed down soon. Mission: Impossible — Ghost Protocol opened just before Christmas and was a commercial and critical success. We knew it was just a matter of time before Hollywood churned out another one.

The film was directed by Brad Bird and grossed nearly $700 million worldwide.

Are you excited for more Mission: Impossible?