Amanda Bynes’ nose job is rumor no more, but that doesn’t mean the public quite understands why the young beauty opted for plastic surgery! Do you think she had a “webbing” pre-surgery? 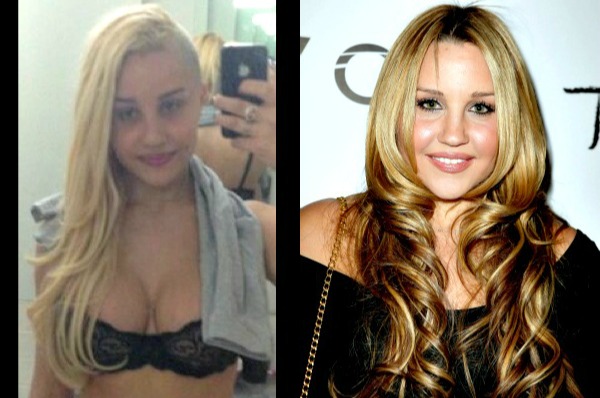 Amanda Bynes isn’t even going to try to pretend she didn’t have a nose job. Addressing rumors she underwent plastic surgery head-on, the actress recently took to her much-watched Twitter account.

Venting her frustrations with media outlets who continue to use pre-surgery photos, she wrote Sunday, “Intouch used a photo from years ago on their cover and I hate it!”

“The reason I’ve asked all magazines and blogs to stop using old photos of me is I don’t look like that anymore! I had a nose job to remove skin that was like a webbing in between my eyes. I wasn’t going to tell anyone, but I look so much prettier in my new photos that I don’t want old photos used anymore!”

To be fair, images of the starlet that aren’t half-dressed (or less) bathroom selfies are hard to come by for media outlets. It’s been a while since professional cameras have had a chance to catch the 27-year-old at a red carpet event! (She’s pictured above on the right in 2009.)

Either unaware or uncaring that quality images of her since her nose job are scarce, Amanda Bynes concluded, “I’m so sick of magazines and blogs using old photos! When will they stop? I will never look like that again! Having surgery was the most amazing thing for my confidence!”

Despite her assertion there was a “webbing” between her eyes pre-surgery, many don’t see that there was anything in need of altering on the Hairspray star’s face. As a matter of fact, she was named one of Teen People‘s “25 Hottest Stars Under 25” in 2006.

What do you think of Amanda Bynes’ nose job explanation?