Mariah Carey’s new song, “#Beautiful” could just be the comeback we all were waiting for. 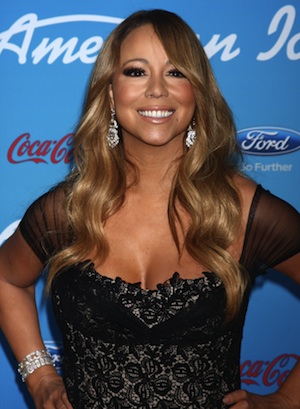 It’s no secret that stars — or has-been stars — go on American Idol to make a comeback.

Paula Abdul got her own reality show. Jennifer Lopez was able to go back on tour. So it was just a matter of time until we had a Mariah Carey comeback.

And by “comeback,” I’m ignoring “Triumphant (Get ‘Em),” Mariah’s ill-fated song released last August. What? You didn’t know she released a song last August? Neither did anyone else.

Nikki and Mariah are at it again! >>

But it’s hard to ignore this one. Today’s release of “#Beautiful” makes us forgive and forget.

“#Beautiful” could be one of the best down-tempo summer songs to hit in a while. It’s long enough to transport you to another place, but at just over 3 minutes, short enough to leave you wanting more.

Now mind you, while the song is by Mariah and features Grammy-nominee Miguel, it should be the other way around. There’s not a lot of Mariah on her track. It’s mainly Miguel, but I’m not complaining. His effortless vocals take you straight to a back porch swing on a lovely summer evening.

Build a summer playlist with the whole family >>

And when they do sing together, it’s a perfect blend. With two powerhouse voices like Mariah and Miguel’s, lesser vocalists would get in each other’s way by trying to out-sing the other. It’s clear that all egos were checked at the recording studio door.

Other than the fact that the song title’s use of a hashtag makes me think that some polyester-clad A&R guy really wanted to connect with today’s youth by using “something cool and internet-ey,” it’s a great track.

But oh, that hashtag. They might have well just called it “lolzBeautiful.”

Here’s to hearing more from Mariah, and especially Miguel.

Take a listen to “#Beautiful” and let us know what you think in the comments below.

22 mins ago
by Daisy Maldonado