Justin Timberlake has had a busy year, but it looks like he is not too busy to release two albums, and embark on two tours, all before 2014 hits. 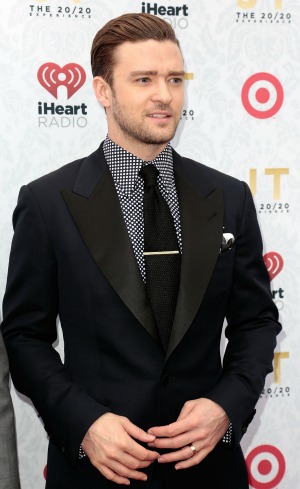 Justin Timberlake fans have been having a pretty good year. Not only did the singer release an album, The 20/20 Experience, but he also announced a tour with Jay-Z.

But it looks like everyone’s year just got even better. On Sunday night, Timberlake went to Instagram to announce he is not finished.

“In a photo of him playing guitar in a recording studio, Timberlake posted the information on a computer screen in the foreground that read, ‘The 20/20 Experience (2 of 2) Sept. 30th,’” MTV said.

Timberlake has said the album will have 10 tracks, but has not yet announced an official title. He also announced on Sunday that he will be going out on a world tour a month after the album’s release, and this time it will be solo.

The album doesn’t come as much of a surprise. Timberlake told Ryan Seacrest in March of the possibilities.

“Let me clear a rumor up. The news that this is only the first half of the album, that’s true,” he told Seacrest. “That’s all I’m going to say!”

Before Part 1 of 2 of The 20/20 Experience, Timberlake hadn’t released an album since 2006’s FutureSex/LoveSounds. But it seemed to make fans even more excited for new music from the singer.

“The first 20/20 album debuted at #1 and fell just short of crashing the million mark when it sold 968,000 copies,” MTV said. “It has moved more than 1.6 million copies in six weeks on the charts and has stayed in the top three the entire time.”

Producer Jerome “J-Roc” Harmon told Billboard in April that the sequel will contain new songs that have been remixed and material that has not yet been released.

Justin Timberlake on marriage: “It suits me” >>

Timberlake’s “Legends of Summer” tour with Jay-Z will kick off on July 17, and he will get only two months off the road before he embarks on his solo tour on Oct. 31. He has not yet announced any opening artists for the solo tour.