Warning! Do not read if you have yet to watch Mad Men season 6’s episode, “For Immediate Release.” Incredibly awesome spoilers ahead. 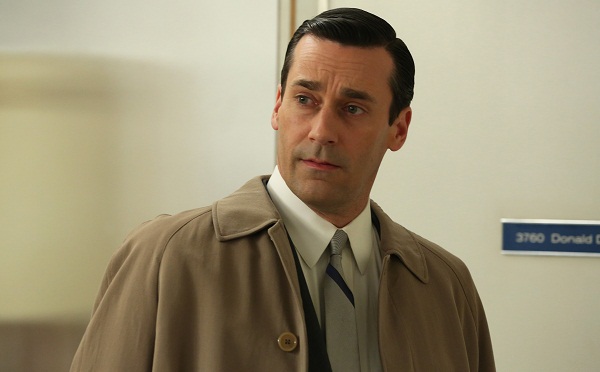 This was a massive, game-changing episode for Mad Men. Let’s just jump right into it.

Stickin’ it to the big guy

SCDP has a long and tumultuous history with Jaguar’s New Jersey salesman. On one hand, he’s the one that (unbeknownst to him) turned Joanie (Christina Hendricks) into a partner when he made it clear that the only way to earn his business was if he got to spend the night with her. On the other, what kind of sleazy jerk demands such a thing from a lady? He’s been high-maintenance and overbearing from the very beginning. At a dinner with Don and the wives (and Megan’s mom), Draper finally has all he can take of the man and gives him a piece of his mind, followed by the boot.

This week, we witnessed Joan in all her glory. First, it is Joan’s (and probably our dearly departed Lane) handiwork with the papers that makes SCDP look like a high-functioning business so that the company can finally go public and earn money when people buy shares. Later, after everyone finds out that Don (Jon Hamm) “lost” Jaguar, it’s Joan who gives him the most memorable tongue-lashing. Sure, Roger might have scored them a fix. Yes, they were all sick of that Jag jerk. But in everyone else’s eyes, Don was only thinking of himself when he dropped Jaguar. If Joan could deal with him (after having to sleep with him), couldn’t Don? 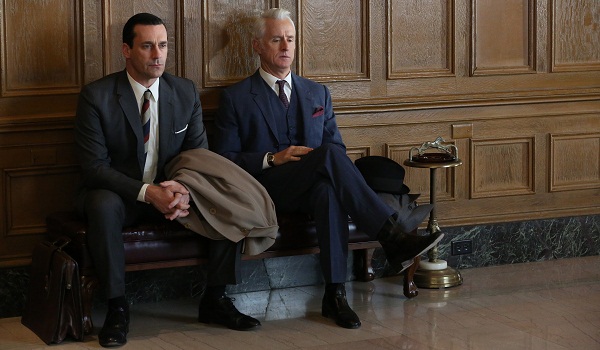 Roger’s new scheme for finding business involves dating a flight attendant and having her call him if anyone interesting shows up. With a bit of vague information, Roger (John Slattery) grabs a suitcase and sets flight to Detroit with a guy who turns out to be in charge of Chevy. By the end of the flight, Roger has a $10,000 check and a chance to pitch an ad for a car that hasn’t even been named yet.

On the flight out, though, Roger and Don find out they’re up against others. First they run into Dancer, a huge firm who is sharing the flight with them. Then, while sulking at the bar, Don runs into Ted, Peggy’s boss at CGC. They share some drinks and commiserate over what they know is bound to happen. Chevy will go with Dancer, the bigger firm, but have them use one of the smaller firm’s ideas.

How can they beat Dancer? By becoming a big firm themselves. How can they do that? By combining agencies. Sure enough, CGC and SCDP go in to meet with Chevy together, pitch a new idea and come home victorious.

You work for me (again) 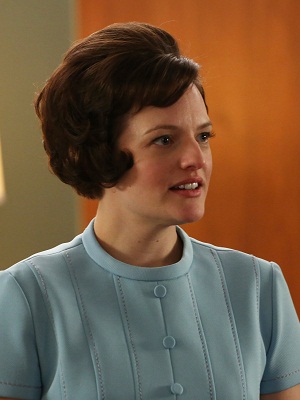 The first person they tell back in New York is Peggy (Elisabeth Moss). Ted calls her into his office and there he sits with Don, who breaks down the new arrangement. Once again, Peggy is working for the man who built her. They tell her it’s going to be great and offer her the title of “copy chief” in the new combined offices. She walks away stunned (Peggy hates change), to sit down at her typewriter and draw up the press release. We leave the mad men (and women) with Peggy working on what will become the document that defines the next chapter in everyone’s lives.

Describe your love life. Are you a Draper? >>

Pete (Vincent Kartheiser) lost Vicks. No matter how hard he tries to get back in bed with Trudy, she’s done with him. In an act of desperation, Pete finds himself at a whorehouse. Who should walk out of another room just as he’s leaving, but Trudy’s father. The next morning, Pete debriefs Ken (former Man Candy Aaron Staton), who is certain of a lack of fallout. After all, Pete’s father-in-law can’t tell on Pete without giving himself away. Ken and Pete soon find out just the opposite, though. In an act of anger and desperation, Pete tells Trudy about her father’s cheating ways. She doesn’t believe him. But, will that change? Hopefully. The only thing worse than dealing with Trudy on a regular basis is dealing with Trudy acting holier-than-thou to Pete.

Phew! What an awesome few days in New York. Are you excited for the collaboration? Here’s hoping it helps Peggy to stop fantasizing about Ted and start realizing how much she needs to be with Stan!