On this episode of Once Upon a Time, called “Second Star to the Right,” we learn how Bae met Captain Hook, what Tamara and Greg are planning and how Emma and Neal really feel about each other. 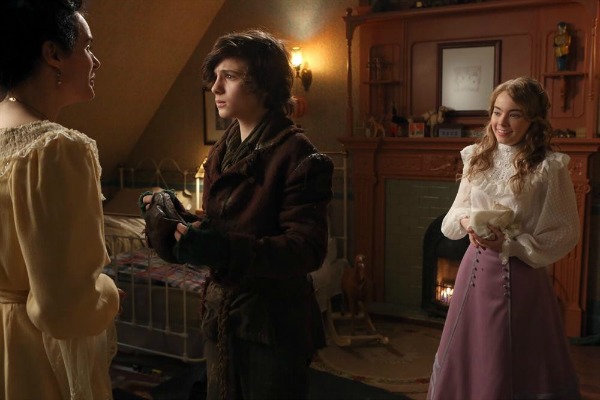 Just as I suspected, it turns out that Bae wasn’t Peter Pan. The previews were making it look like that was a possibility but, interestingly enough, we never even saw Peter Pan, except in shadow form (if that is him in this version of the story). Even though we got to see what happened to Bae when he went through the portal, I still had a lot of questions when the episode was over. Such as, how did he get from Neverland to this world and how could Neal (Michael Raymond-James) be basically the same age as Hook (Colin O’Donoghue) if he met Hook as a child? I’m sure it involves more traveling through different worlds/times, but I’m still curious exactly how it happened.

Once Upon a Time recap: What are Greg and Tamara up to? >>

Speaking of Neal, I sure wasn’t expecting Tamara (Sonequa Martin-Green) to shoot him, nor was I expecting him and Emma (Jennifer Morrison) to declare their love for each other over a spinning portal. But that’s what you get on this show — lots of surprises. I wasn’t really all that heartbroken when he fell down the portal though. I know this show doesn’t necessarily hesitate to kill characters, but somehow I don’t want that happening to Henry’s father and what could be the love of Emma’s life. As for their declaration of love, it did surprise me a bit, but it also made me very happy.

Though the previews for the episode concentrated on the Neverland aspect of the story, most of this episode took place in Storybrooke. I found it very interesting to find out that Tamara and Greg (Ethan Embry) are part of some sort of conglomeration that is hell-bent on destroying any magic that leaks its way over here from other worlds. Not only that, but this group has been doing this for a long time and has erased magic before. That definitely makes them more of a formidable threat than I originally thought and makes me wonder if they can actually pull it off.

Want to get updates about Once Upon a Time sent directly to your inbox? Sign up for our SheKnows newsletter! >>

The final bit of the story in tonight’s episode involved Gold (Robert Carlyle) and Belle (aka Lacey). Gold had no trouble showing Belle (Emilie de Ravin) just how evil he could be, but he wasn’t as open with magic or his identity as the Dark One. But it turned out that he needn’t have worried. Once Belle got wind of who he was and what he could do, her only thought was how she could benefit from it as well. Theirs may not have been a huge part of tonight’s episode, but it was still pretty significant. With Belle fully in the know, how much more dangerous could Gold become?

My heart breaking for Bae when he had to resort to looking in the trash for food.

I know Bae was scared, but I kind of had to laugh at the dog that barked at him. Just because he looked like a big, sweet oaf. I love St. Bernards.

The grumpy look on Neal’s face when he woke up.

“Surprised you didn’t turn him into a snail.”

Gold claiming that Neal was never going to marry Tamara as long as he carried a torch for Emma.

Neal pointing out that he was in Storybrooke for Henry and not for his father.

Wondering who or what the “home office” was.

“Would you mind lending me a hand? Preferably your good one.”

Bae trying to warn the kids that magic wasn’t all that they thought it was.

“Why do you have one of Regina’s tears?” 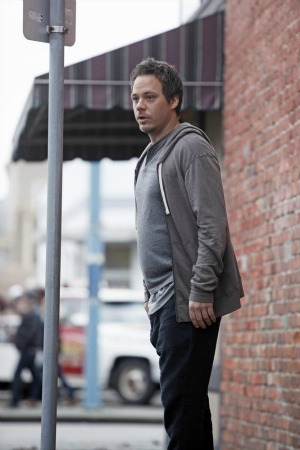 Thinking “uh oh” as soon as Gold said that Mary Margaret was going to feel whatever Regina did while they were connected.

“There hasn’t been a day that has gone by that I don’t regret having left you.”

The look on Regina’s face when Greg told her about the other believers.

Finding out that the believers have rid other places of magic before. Whoa!

Neal assuring Emma that if Tamara was hiding Regina in her evil lair under the docks, he had her back.

“Thank you Wendy, for letting me be a part of your family.”

Neal finding out the hard way that Tamara was indeed involved.

Poor Emma wondering how she was going to tell Henry about Neal.

What did you think of this episode of Once Upon a Time? Do you think Emma will find Neal again? How do you think the people of Storybrooke can be protected from the fail-safe?